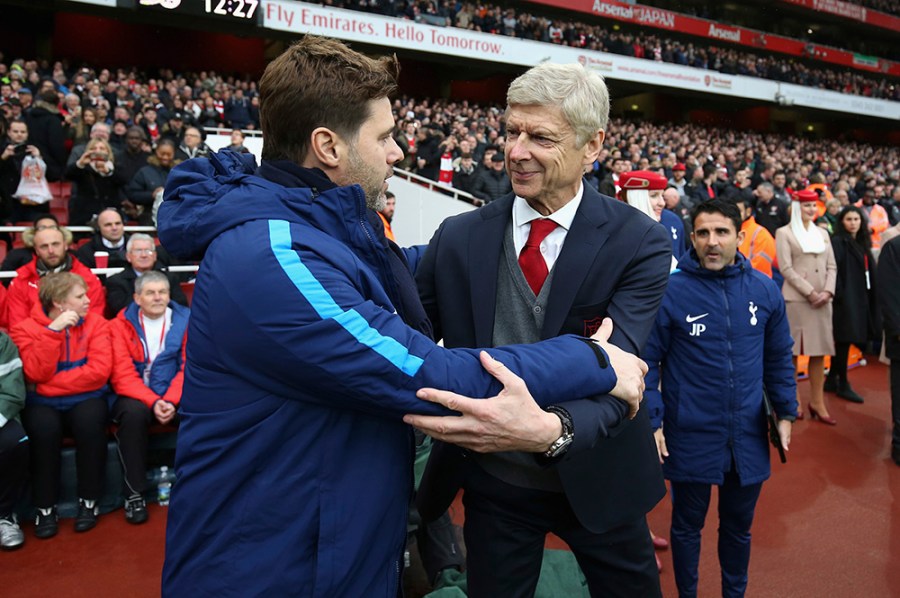 Arsenal; a revolution. Of a sort. The day before a well deserved, surprising victory over the eternal rivals Spurs – even if each of the the Gunners’ actual two goals as somewhat tainted – one read of a bewildering host of appointments at the club, allegedly initiated not by Arsene Wenger himself, but by the chief executive Ivan Gazidis, a somewhat puzzling figure who recently, after being paid a huge surprising bonus, told us what a marvellous season the Gunners had just had, when, finishing in fifth place, they dramatically failed at last to reach the ranks of the European Champions Cup.

Now we learn the Gunners’ so-called chief operations officer, one Trevor Savings, has led to the various appointments. There is a so-called head of high performance, in Darren Burgess, while David Priestly will be charged with the mental preparation of the players. Not to forget the arrival of a new so-called performance nutritionist, Richard Allison. And there was I believing that Wenger himself, as soon as he initially took over, made a point of supervising that very thing.

A good many years ago now Arsenal appointed a resident psychologist, who issued the players with a questionnaire of such flatulent banality that one of the players publicly ridiculed it.

A few days before the revelation of these new appointments, one read an excerpt from the autobiography of Graeme Souness, in which he robustly celebrated the days when, as a key member of the successful Liverpool side under Joe Fagan and Bob Paisley, the players barely stayed for a tactical talk.

You wonder how Wenger feels about what seems a plethora of new appointments. My mind is drawn back irresistibly to the 1958 World Cup in Gothenburg, when the ultimately successful Brazilian team brought a psychologist with them. I interviewed him through an interpreter, a small, unshaven bespectacled man wearing a grey jumper. He told me he neither believed in addressing the players as a group nor individually. He encouraged them to draw pictures of footballers. The more elaborate drawings indicated attackers, the basic of them, as defenders. He strongly advised Vicente Feola, the manager, not to pick Pele or Garrincha, whom he deemed to be psychologically unsuitable. As we all know these are the two players who so brilliantly won Brazil that World Cup.

At a Press conference held before the Final, Feola was asked what he thought of the psychologist. His interpreter replied, “Senor Feola is not saying he wished the psychologist would go to hell, but he is thinking it.”

A propos of Arsenal and those new appointments, it should be noted that Wenger is losing a notable ally in the shape of the chief scout Steve Rowley who was already working for the club when Arsenal Wenger arrived. Gazidis evidently rules.

Villa in black? Yes, alas, at Queens Park Rangers last Saturday, with no scintilla of a colour clash, Villa emerged not in the claret and blue which they have been wearing since the latter 19th century, but all in black. At least you could easily read the white numbers on the players’ backs, by sharp contrast with QPR’s numbers, hard to discern from the heights of the Press Box and the back of their blue and white hoops. Can’t they put the numbers on a white square?

But Villa alas are no more than one of so many money-grabbing clubs which ditch their colours in away games. Why, even Arsenal have so often been guilty. It’s all a matter of money, of course, though do clubs like Arsenal so desperately need it?

If only the Premiership and the League would issue a directive to put an end to the greedy practice, When I covered Italian football in the 1950s, the fashion was that when colours actually did clash, it was the home team that changed. The benign thought behind it being that supporters would thus have the opportunity to see the visiting team in their actual colours. Happy, innocent days.

It’s hard to see why West Ham, struggling in the Premiership, should turn to David Moyes to save their bacon. Moyes long ago did good things in his time at Everton. But since then there has been Manchester United. Sociedad. Sunderland. Ouch.