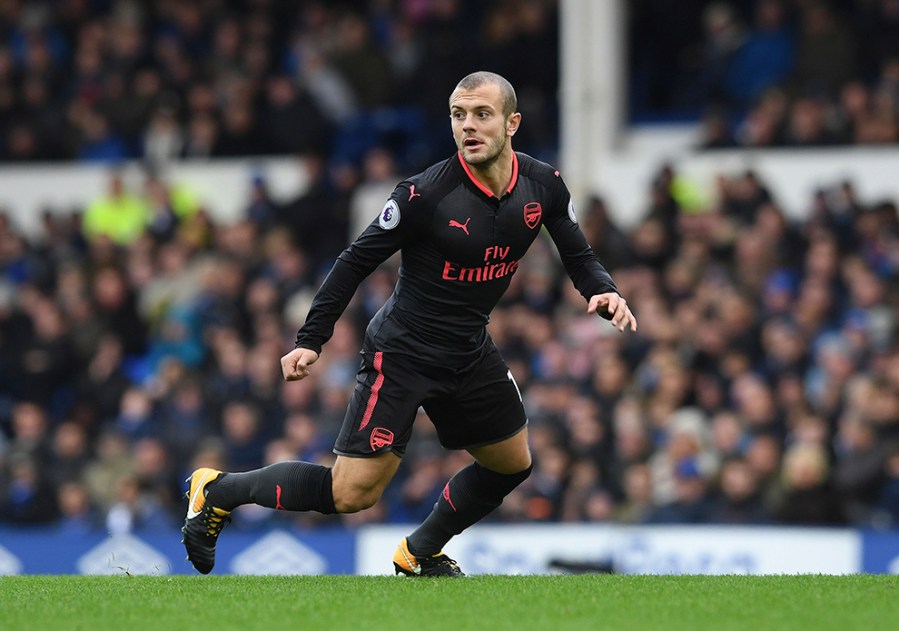 Arsenal should give Jack Wilshere what he wants

Are Arsenal and Arsene Wenger playing a risky game with Jack Wilshere? His contract expires at the end of this season, meaning that he could walk away for nothing. But the terms they have offered him are inferior to those he enjoys at the moment, clearly motivated by the fear that he might, as he alas has so often, succomb once again to injury.

You can I súpose understand that Arsenal would want to protect themselves but surely they are dicing with death. It is known that a whole posse of other clubs are keen on the idea of acquiring Wilshere – and for nothing, so that if the Gunners insist on their current offer he will go.

Compare and contrast this situation with the £300,000 a week the club in now due to pay Mesut Ozil, already an expensive purchase, while Wilshere has been at the club since early boyhood with concomitant loyalty. For much of this season, Wenger controversially kept him out of the first team, relegating him to a second string for which he performed most impressively in the secondary European competition.

At least three Arsenal parchases this season have entailed multi millions. Giving Wilshere what he wants would in this context be a relatively inexpensive risk. He has worked his way back into the England squad and shown how controversial it was to keep him out of the top team for so long.

Arsenal need him, he needs Arsenal. To lose him at all let alone to lose him for nothing would be sheer folly.

An Arsenal name from a different generation was elicited this week in a profile of the club’s once prolific centre-forward, Ted Drake.

It was one of the greatest ironies in the historic career at Highbury of Herbert Chapman that while he tried for years and failed to find his ideal centre-forward, that within months of his death in 1934, Ted Drake should arrive from Southampton, scoring 42 goals the following season. Once he got seven in a match away to Aston Villa.

He was powerfull, fearless, constantly injured. The last and terminal time on the ground of Reading, whose manager he subsequently became. In the few months after leaving that job to manage Chelsea, there was a remarkable transformation in his persona. I remember sitting behind him at a match played at Orient’s ground. He was gloriously bombastic, shouting and laughing, pointing out a spectator in front of him whom he loudly dubbed bald. After the match in the guest bar, he comprised a raucous double act with Joe Hulme, once outside-right in the same successful Arsenal team.

Soon afterwards he was appointed by Chelsea where I atended his early Press Conferences. Grand transformation scene. Enter a subdued Drake in an expensive pinstripe suit; a quiet, transformed figure. “Hallo, Brian,” he softly greeted me. A few years later he would – in 1955 – win Chelsea the Championship for the first time. I’d speak to him occasionally about the notorious Battle of Highbury, when the Azzurri ran riot against England who had seven Arsenal men including Drake in their team. The match has barley begun when Drake clashed with Luisito Monti, Italy’s notoriously violent Argentine-born centre-half, who broke a toe and limped off. Reducing Italy to 10 men for the rest of the game.

“He kicked me deliberately!” said Monti to his team’s chief Vittorio Pozzo, but Drake has always vehemently denied it. England proceeded to score three times and miss a spot kick in the first 20 minutes. “You couldn’t have played any better,” Drake told me.

The English players were kicked and elbowed. Skipper Eddie Hapgood had his nose broken. Italy rallied in the second half, made it 3-2 and came close to equalising. “Players who had run wild,” wrote The Times, “began running into position.”

Strange choice by Gareth Southgate in the current England squad of West Bromwich midfielder, Jake Livermore. Hardly a star turn at any time and this season not even a salient player for Albion.

Southgate insists, “I knew that when I pick Jake it is going to get a certain sort of reaction. But there is a specific reason for why we have done it.” Namely that when he was about to board a plane Southgate suddenly called him up for the internationals against Germany and Brazil in which Southgate thought he did well.