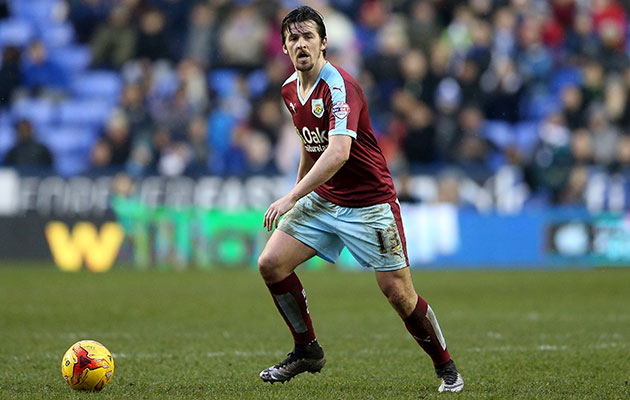 Blackburn Rovers, now in dire danger of being relegated from the so-called Championship, have every reason to feel aggrieved after what happened at St Andrews last weekend. There Birmingham City, their direct opposition in the frantic race against relegation, met and – admittedly with only 10 men for much of the game – defeated 1-0 (Harry Redknapp’s luck again) a Huddersfield Town team which scandously made no fewer than 10 changes.

There will of course be no EFL comeback. Those teams that do this sort of thing can bluff their way out of trouble by asserting that all those reserve players were on the team’s roster. Can anything be done about this sort of thing? The old sanctions against teams fielding weak sides in the League have long been undermined but a stratagem as blatant as Huddersfield’s in Birmingham could surely be provided against it by some sort of legislation.

Joey Barton, that self promoting stormy petrel of the game, has never been among my favourite players, but fair is fair, or should you prefer, betfair is fair. He has been visited by the FA with a long suspension for betting on matches, going back many years, though in no case did he bet on a game involving himself.

Yes, he was breaching regulations but the FA’s sentence reeks of hypocrisy. After all they themselves are most dubiously involved in Ladbrokes, one of the leading gambling businesses in Britain. Moats and beams, as the Old Testament has it. As the game’s ruling and superior body, surely the FA should be setting an unblemished example where betting is concerned. It would be interesting to see what would happen were Barton to take the FA to a court of law. As things are they could surely be accused of adopting double standards.

Last weekend I saw a depleted Brentford side, missing two key midfielders, maintain a longstanding tradition by holding Fulham to a draw, 1-1 at Craven Cottage. Meaning that Fulham, though they had won comfortably enough at Griffin Park, had failed to do the double against their London opponents since the late 1940s.

A bogey team? Brentford long seemed to be that for the then dominant Arsenal. I remember as a child seeing them at Stamford Bridge in the South Cup semi-final of 1942 holding a strong Gunners team to a draw. They went on to beat them in the replay at Tottenham then, at Wembley in another game I saw, winning the Final against a powerful Portsmouth team. They did in those inter-war year lose 1-0 to Arsenal at Griffin Park. “Pity by a Penalty” ran the headline in the old Evening News, the Gunners having prevailed by one. “Pick this one out, John,” called the gloriously versatile cricketer-footballer Denis Compton, before beating the Scottish international John Jackson, on loan from Chelsea, from the spot.

In what proved to be their last match in the top division, in June 1947, a goal headed for Arsenal by the Irish international Paddy Sloan decided matters, and years of frustration followed. Initially seen as a sleeping giant, the Bees have yet to wake up. But they were still good enough for that point a Fulham.

Last week again, Chelsea’s glittering young team won the Under-18 FA Youth Cup, thrashing their Manchester City equivalents 5-1 at Stamford Bridge in the second leg of the Final. All credit to them and their accomplished coach Jody Morris, that rarity, a player developed at Stamford Bridge and once a regular in the first team.

When shall we see another? Some 38 youth players are now out on loan to other clubs. Ruben Loftus-Cheek, the towering midfielder, is the only product of the programme to have made frequent appearances in the first team but he too, alas, seems destined to go out on loan this summer.

The regular success of Chelsea’s juniors in this tournament is a tribute to the coaching and scouting, but where does it lead? As things stand, these gifted youngsters find themselves confronting a dead end in as much as the senior team is involved. The ideal answer, I suppose, is for boys and their parents to turn Chelsea down when their recruiters approach, but such offers must at the time seem irresistible.