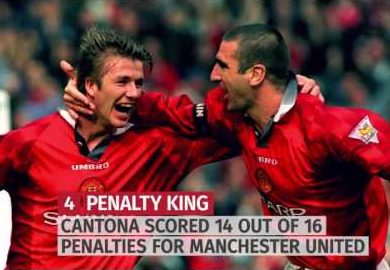 Eric Cantona feels that Manchester Utd will be appointing the wrong manager – should they appoint Jose Mourinho.

Man Utd legend Cantona feels that Pep Guardiola would fit the values of Manchester Utd which are to be creative, playing with pace and being direct.

Cantona was full of praise for Mourinho’s personality and credentials – however he would be incompatible with Man Utd’s playing style.

He told The Guardian: “I love his personality, I love the passion he has for the game, his humour. He is very intelligent, he demands 100 per cent of his players. And of course he wins things.

“Guardiola was the one to take. He is the spiritual son of Johan Cruyff. I would have loved to have seen Guardiola in Manchester [United]. He is the only one to change Manchester. He is in Manchester, but at the wrong one.”

Cantona envisages himself at Old Trafford one day and added: “I do many things and I’m very happy. But if they asked me to become the manager of Manchester United, I would.

“Because Guardiola is in Manchester City and they want someone to win things with wonderful football? It’s me.”