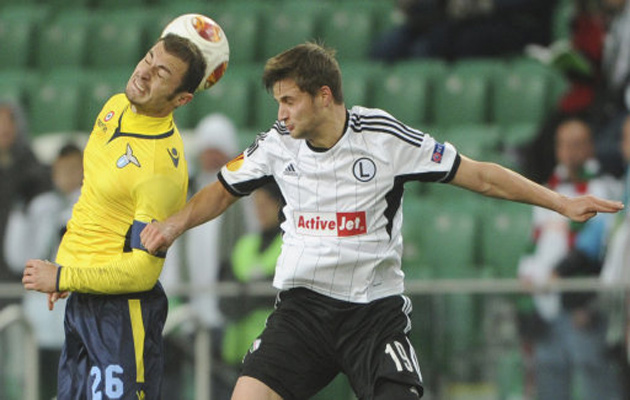 Celtic have said they are “disappointed” by Legia Warsaw’s attempts to overturn their eviction from the Champions League.

Legia beat Celtic 6-1 on aggregate in their second round qualifier but were then thrown out of the competition by for fielding an ineligible player.

UEFA declared the match as “forfeit” and ruled Legia would be demoted to the Europa League play-offs after the Polish side introduced Bartosz Bereszynski as a late substitute.

Legia said they felt the ruling was “unjust and completely disproportionate” and Dariusz Mioduski, chairman of Legia Warsaw, released an open letter to Celtic on Sunday requesting they rethink their position.

Mioduski said: “The word disappointment doesn’t portray our emotions. It is more complete frustration and anger.

“We showed we were the better team over two matches and we find it completely unbelievable that the result of a clerical error – because that’s what it was – we were found ineligible and lost the game, and consequently elimination.

“We admit our mistake and we should know better and this is something we need to deal with but at the same time when we look at what was done; the penalty that was received is completely disproportionate and it goes against everything that sport is supposed to be about.”

Mioduski revealed the club were still awaiting an explanation of the decision from the UEFA commission, insisting they would “exhaust the appeal process”.

He added: “We still hold hope we will be reinstated because clearly the rules do not work the way they are supposed to. I don’t believe that UEFA, with all that it stands for, would allow such an injustice like this to take place.

“We try to get in touch with our friends at Celtic, but I don’t know whether I can call them that anymore. The management of that club is going against the values that I believe they had at that club. Why have we? Because there is a clear regulation that if the two clubs come to the conclusion between them then UEFA will accept that and it is likely we will continue playing, but Celtic has to effectively stand by their ethics and do what is right.

“I am a little bit surprised that the management representing European clubs in UEFA are not really dealing with this issue. At this point it is not just about the money. This is about what football stands for – the dreams of normal people and what they believe sport is about.

“We will go through the arbitration tribunal to get a just verdict, but if we don’t we lose then we will accept we will play in a Europa League qualification match and do our best on the pitch. We will pay a heavy price for the smallest mistake and we are ready for that. But it’s not just about us, it’s about the values in sport.

“Our message to Celtic? Be a man and get in touch so we can come to some sort of conclusion like men should.”

However, Celtic have responded by issuing a brief statement on their website.

“We are disappointed by Legia Warsaw’s comments,” it read. “This is entirely a matter for UEFA and its processes. Accordingly, we will reserve further comment for the appropriate time.”