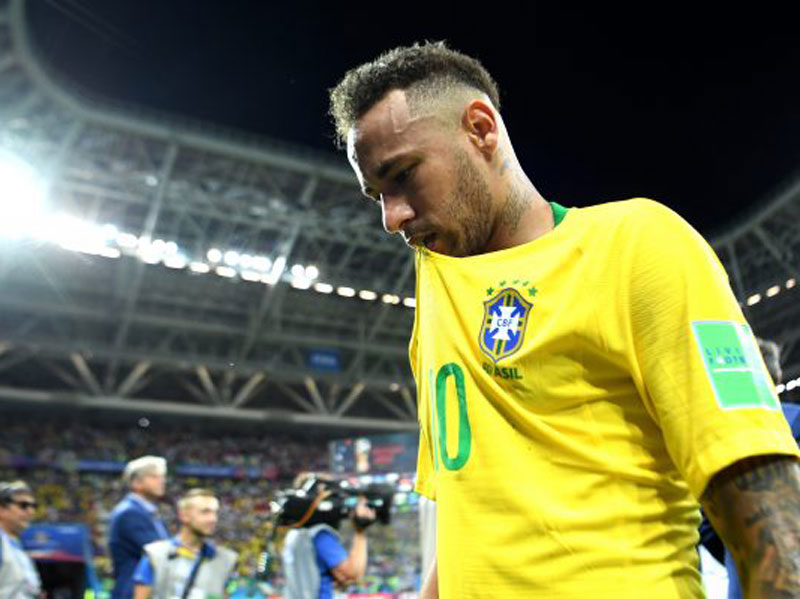 Anyone who loves football will surely hope that Neymar can shrug off his current problems and come back stronger and better. But the challenge ahead will not be easy.

The quest to be chosen the world’s best player has been blown off course. Cristiano Ronaldo and Lionel Messi are still around, Kylian Mbappe is on the way up and Neymar is already 26.  And the Brazilian comes out of the World Cup as a global laughing stock as a consequence of his persistent diving.

Neymar broached the subject in a recent interview with the Associated Press. “People were quicker to criticize the one being fouled than the one doing the fouling,” he said.

It is clearly possible here to have a certain sympathy for him. He is obviously more sinned against than sinning. Every time he takes the field opponents are out to stop him, by fair means or foul.

But this is the nature of the game. It is a problem that every skilful player has faced since the dawn of the sport. And Neymar and his generation receive a level of protection from bad tackling that would have been unthinkable as recently as 30 years ago.

It is, then, much harder to feel sympathy for him when he says that “I can’t be the referee and play at the same time, but there are times when I wish I could.”

Neymar’s problem here is that he is trying to operate outside the codes of the game. In his own interpretation, football is a non-contact sport.  He has been hot-housed through futsal.  A referee has always been present, and Neymar’s method of defence is to use the referee. Previous generations, who developed through old fashioned street football, had a better idea of how to defend themselves by choosing the moment to unleash the dribble. In Neymar’s case he often seems to be attempting to draw the foul, frequently in no man’s land where the award of a free kick would not bring an appreciable benefit to his team.

1970 great Tostao, the wisest voice in Brazilian football, recently gave his thoughts on the matter. “Neymar’s behaviour,” he wrote, “which in the beginning was full of theatrical gestures aimed at gaining an advantage, so common in Brazilian society, has become automatic.

“For this reason I am afraid that if he tries to change he will inhibit himself and stop trying to dribble and look for the one on one situation. I do not want him to keep falling, as a simulator, or to become a normal, predictable player.”

And this, in a nutshell, is the challenge that he now faces.  Can he lose the excesses of his game while retaining the essence? Under the glare of the global microscope he will be feeling the heat.  His staff have been working hard to think of ways that his reputation can be rebuilt.  But once he takes the field he is on his own, in front of an audience who will be quick to judge him if he gets it wrong.  This could be the most interesting challenge of his career so far.