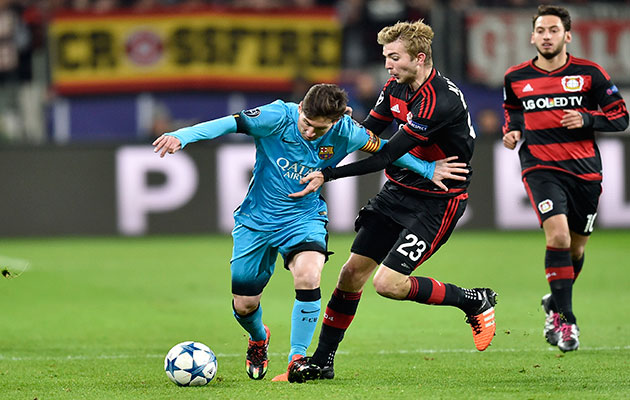 Regarded by some as the best club side ever seen and boasting a forward line considered by many to be the most potent of all time, Barcelona, it transpires, are not to everyone’s liking.

The deadly trio of Lionel Messi, Luis Suarez and Neymar may have knocked in 180 goals between them over the course of 2015, but for one man whose job it was to report on their exploits, it was all too much.

Russian TV commentator Vasily Utkin – one of the commentators for the new Russian state sports broadcaster Match TV created by President Vladimir Putin last year – fell asleep watching Luis Enrique’s side take on Bayer Leverkusen in a Champions League tie in December. He has now been suspended despite the fact that Utkin claims to suffer from a chronic sleep disorder.

“I am convinced that [the suspension] is due to this commentary in the game between Bayer and Barça. But I wasn’t spoken to just about this game,” he told the TASS news agency.

“I can explain what happened in the match. For a few years, I’ve been suffering from chronic sleep disorder. It just so happened that at the end of the first half, I fell asleep and I was talking in my sleep.

To be fair to Utkin, his snooze occurred as half-time approached and he was wide awake to enable him to commentate on the ‘action’ after the interval.

“Naturally, it is very easy to understand that this is the case, because in the second half there were no problems at all,” he said.