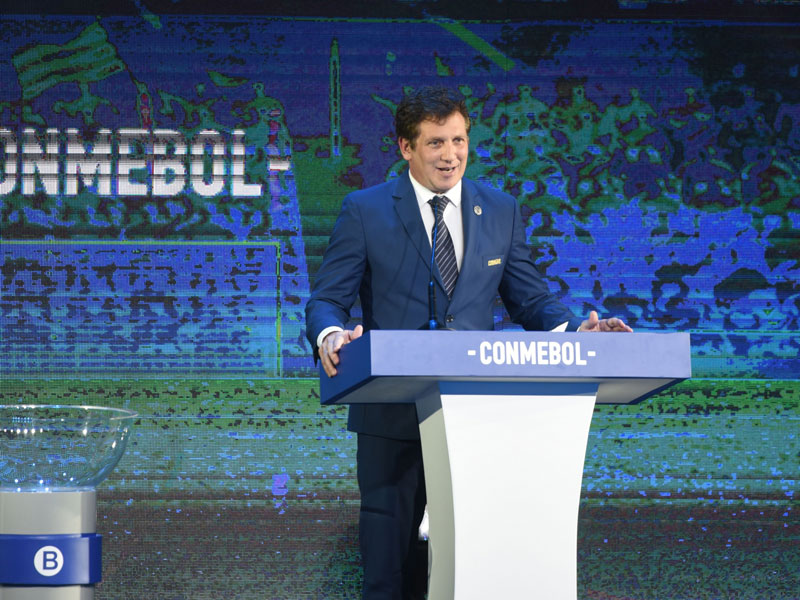 Conmebol, the South American Confederation, have rejected an offer from US Soccer to hold next year’s extra version of the Copa America in the United States.

Meeting in Miami last week, the Conmebol top brass preferred to “approve the realisation of the tournament on South American territory…. Under the concept of ‘bringing South American football to its fans’”

Such grandiloquence comes with a dose of hypocrisy. Three years ago Conmebol had no such qualms. The 2016 centenary version of the Copa America – an event of far greater significance than next year’s extra tournament – took place in the US. It was seen as a success, too – both in sporting and in financial terms.

So why the change? It is surely because the imperatives now are political more than financial. More than an influx of cash, Conmebol need to get the campaign to stage the 2030 World Cup back on track.

The inaugural World Cup was held in Uruguay in 1930.  There is huge sentimental appeal in celebrating the centenary by going back to where it started.  But Montevideo is Uruguay’s only city of note.  There is not the slightest chance of the country hosting a modern World Cup on its own, whether the competition features 48 teams or 32. And so the neighbours have come in for a joint campaign.  Paraguay are in, Chile are coming in, Bolivia would like to come in.  But by far the most important co-host is Argentina.  Uruguay would get some of the showpiece matches – the opener and the final, for example.  But the work horse of 2030 would be Argentina.

It was a serious blow, then, when Argentina proved unable to stage the second leg of last year’s Copa Libertadores final. The biggest match in the history of the Buenos Aires rivalry between River Plate and Boca Juniors proved too big. Crowd violence forced the game to be abandoned. It was eventually moved to Madrid.  It is no surprise that Spain stepped in. Saving the day for the South Americans might be seen as strengthening Spain’s ambitions to stage 2030.

Hosting a successful Copa America in 2020, then, would help Argentina wipe the slate clean. But another South American nation would have good cause to feel aggrieved.

Brazil have had two World Cups. Uruguay, Chile and Argentina have staged one apiece. Colombia were next in line. They were named as hosts for 1986. It was premature, the country was in no state to meet the commitment and had to pull out. But that was over three decades ago.  Colombia has made huge progress. It was the setting for a successful Under-20 World Cup in 2011, seen as a test for staging the senior version. The 2030 centenary project puts Colombia further back in the queue. They are not involved, and if the bid of Uruguay, Argentina and the others is successful, they will have to wait, presumably at least until 2042.

Moreover, Argentina had the Copa America as recently as eight years ago. Colombia’s turn was all the way back in 2001. It really would seem unfair if Argentina were to have 2020.

And so the solution is an extra Copa America staged in both Argentina and Colombia.

This creates logistical problems. The countries are thousands of miles apart. In June and July, when the tournament will take place, there are massive climate differences between them.  Winter can bite very hard in Argentina, while parts of Colombia are sweltering. And the format of the competition will probably have to change; rather than the current three groups of four, there is a strong possibility of two groups of six. What is unclear at this stage is how – and where -they would cross over in the knock out rounds, given that travel between the two countries must surely be kept to a minimum. Buenos Aires to Bogota is a six and a half hour flight – not a journey that teams will be keen to undertake in the middle of a tournament.