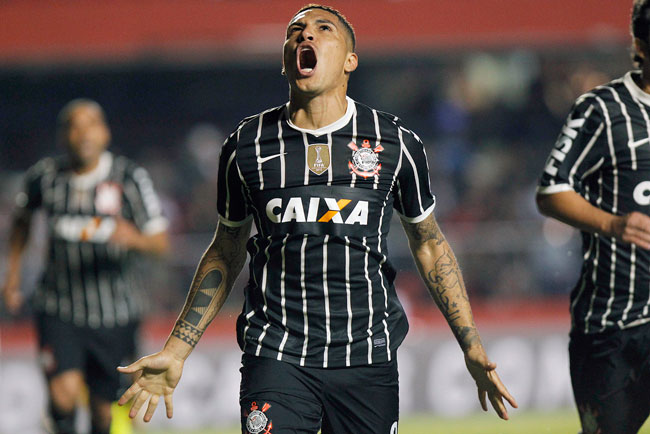 Paolo Guerrero was one of several players attacked by Corinthians fans.

Corinthians supporters used wirecutters to breach the perimeter mesh around a coaching area in São Paulo so they could confornt their team’s players for recent poor form.

No one was seriously hurt, but the fans grabbed and throttled striker Paolo Guerrero, who is best know for scoring the winner against Chelsea in the 2012 Club World Cup final. That triumph, a little over a year ago, now seems like a distant memory.

“They tried to strangle the player who scored the most important goal in our club’s history. We didn’t deserve this,” club president Mario Gobbi said on Sunday.

According to local media, the fans refused to leave for two hours and also manhandled the coach Mano Menezes, striker Emerson Sheik and Alexandre Pato, a former Milan forward and the club’s most expensive signing last year.

After the incident, Corinthians initially requested the postponement of the match they were due to play on Sunday against Ponte Preta.

This request was withdrawn owing to commitments to TV rightsholders.

Corinthians have referred the case to police and provided CCTV footage to help identify those responsible.