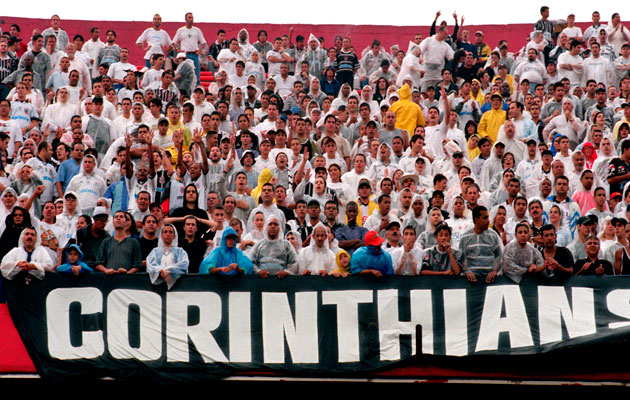 Brazilian club Corinthians is building a cemetery where fans will get a chance to be buried next to their favourite players.

Called “Corinthians Forever”, the cemetery will contain 70,000 graves, in a plot designed in the shape of a football field. The club have come up with a snappy slogan to mark the new venture: ‘For those who are fans from the start to the finish’

It will be constructed in Itaquaquecetuba, 40 km from São Paulo and will be able to house 70,000 burial places when completed, according to Globo Esporte.

Supporters will be able to plan every detail of the ceremony, including clothing, location, flags, and club anthem.

The club expects the development to be completed by summer 2015 and the first burial to take place towards the end of the same year.

Corinthians will not be the first club to offer this kind of service. Boca Juniors in Argentina and Germany’s Hamburg already offer fans the chance to be buried adjacent to the respective football grounds. However, the Corinthians project is on an altogether larger scale than anything previously constructed.

In England and other countries it is not uncommon for fans to have their ashes scattered on the home ground of the club they support.

Some English clubs have opened special memorial gardens for the ashes of fans to reside. This is due to fears that the playing surface will be damaged by the combination of cremated remains and chemical fertiliser.