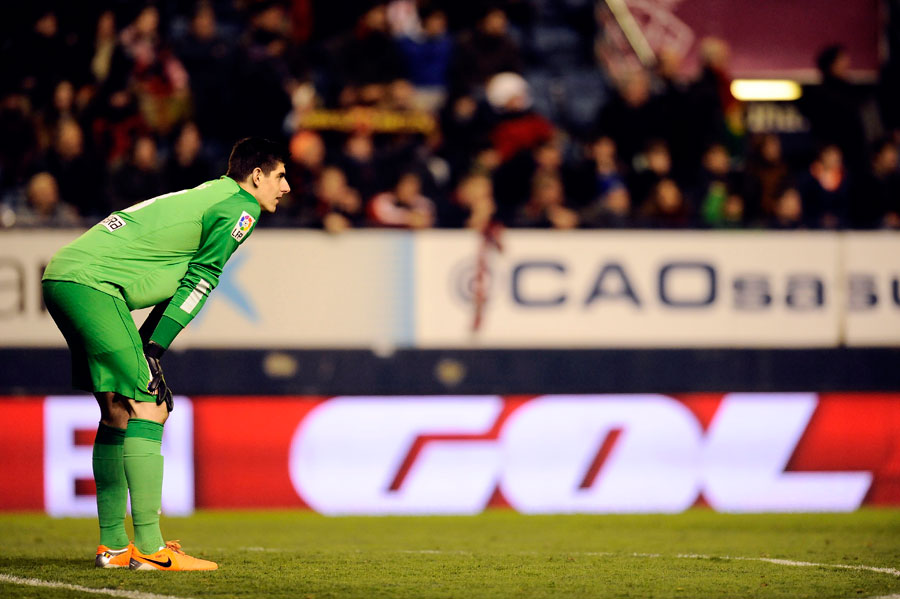 According to José Ramón de la Morena of Spanish radio station, Cadena SER’s ‘El Larguero’ programme, Courtois will return to Chelsea at the end of the season to fight for a place with Petr Cech and then, in the summer of 2016, will join Real Madrid on a free transfer.

Reports in Spain claim that Courtois, 21 is the man the club want to be the long term replacement for Iker Casillas.

Atletico Madrid are also keen on signing Courtois on a permanent basis. Cadena Ser reports that they recently launched a second offer to convince Chelsea to part with the goalkeeper, but Chelsea, who signed Courtois for £5 million in 2011, were not keen to do business.

Meanwhile, Courtois recently claimed that he didn’t know anything about Real Madrid’s interest in signing him.

“I have never heard anything about that. I’m focused on Atletico and I belong to Chelsea. If any European club want to sign me they have to speak with Chelsea and they will decide what to do,” he said.

But asked if he would accept an offer to play for Atletico’s big rivals he said: “I do not know. Those are just rumours.”

“I have contract with Atletico until June and then two more years with Chelsea. If any offer comes, Chelsea should decide. If Chelsea want to let me go… But that’s not the case. Now there are only two teams to me: Atletico and Chelsea. Atletico want me to stay and Chelsea want (me) to go back.”