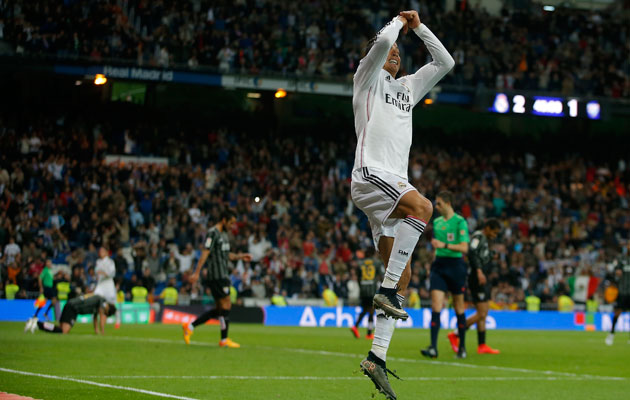 Real Madrid’s Cristiano Ronaldo has refiused to rule out a move to any other club, even Barcelona or an English side other than Manchester United.

Ronaldo told the Associated Press that he knows it would be “very complicated” to play for these clubs, but it’s something that he would consider.

“It’s a little more difficult, but…,” he said. “There are things that you kind of already have an idea, that to play one day for Barcelona would be almost impossible, or to play for another English club other than Manchester, it’s very complicated. But that’s not 100% guaranteed. As I said before, there are no certainties in football.”

In his interview with the AP, the Portugal forward stressed that when it came to considering his future plans, all bets are off.

“Everything is open, all leagues,” he said. “I may end my career here with Real Madrid. I’m just being honest. I don’t know what’s going to happen tomorrow. If I was 75% certain, I would say so, it wouldn’t be a problem. But I have no idea.”

Speaking at the launch of his new product with nutrition partner Herbalife, Ronaldo said he may even decide to play in the MLS in the future.

“Right now I don’t see myself playing in the American league, but that’s right now,” he said. “In two or three years I may think differently.”

“These are always difficult questions to answer because we never know what’s going to happen tomorrow.

“And as a football professional, this is always an unknown, so I prefer to stay in the present. The present is good and I’m enjoying being at Real Madrid. But in a few years I don’t know how I’m going to be thinking.”

Ronaldo has a contract with Real Madrid until 2018, but that has not quelled speculation about his future. Nonetheless, the reigning World Player of the Year, said his immediate future lies in the Spanish capital.

“When it’s closer to ending my contract I’m going to have to make decisions, whether it’s staying at Real Madrid or going to another club or ending my career in a few years,” he said.

“It’s normal. That’s why I’m not worried, because I know that everything has a beginning and everything has an end. I’m ready for that. I’m ready to stay at Real Madrid, to leave, to end my career when it’s time. It’s part of my job.”