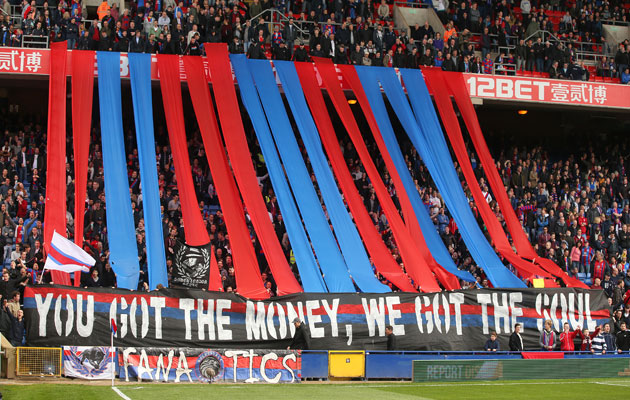 Promoted by Sky as one of the must-watch events on the football calendar, the hyped-up jamboree usually involves disgruntled reporters informing viewers of possible transfer ‘exclusives’. Most, if not all of these possible moves will have been culled from the speculation sections of the local club noticeboards.

While many supporters opted to utter childish profanities or wave inflatable penises behind the backs of the hapless reporters, the fans of Crystal Palace went one step further. They took the opportunity to remind Sky of their contribution to English football since they became the principal broadcasters of the game in 1992.

It prompted Kaveh Solhekol, their reporter at the Crystal Palace training ground, to flee.

It may prompt Sky rethink and ultimately scale back their coverage of transfer deadline day.

One can only hope.