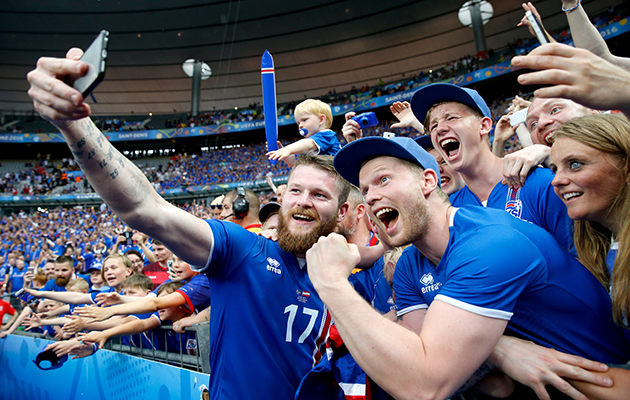 Iceland have not been included in the Fifa 17 computer game because of a row with developers Electronic Arts over the amount they should be paid to appear in the popular video game.

The Football Association of Iceland (KSI) says EA’s financial offer of 15,000 US dollars (£11,501) for their inclusion was derisory.

Iceland, who knocked England out of Euro 2016 in June before losing to hosts France in the quarter-finals, made a counter offer which they say was rejected by EA.

“They are the ones buying these rights and they almost want it for free,” said KSI president Geir Thorsteinsson.

“The performance at the Euros show that we are quite a good team and many would like to play with our team. It’s sad for the players – but the criticism should be towards EA Sports.”

The fee that EA pays teams included in the game covers the use of trademarks and image rights.

“I really feel if we are giving away rights, or offering rights, it has to be proper negotiations and fair fees.” added Thorsteinsson.

“I didn’t feel that this was done in a fair and open manner.”

Icelandic marketing consultants have said they are disappointed with the decision – claiming KSI has missed the chance to capitalise on their new found popularity following their unexpected success in France.

Iceland, who are ranked 27th in the world, have not featured in previous editions of the game, but were hopeful of getting into latest version after making a huge impression at this summer’s Euro 2016 finals.

A total of 47 men’s international sides will feature in the 2017 edition of the game.