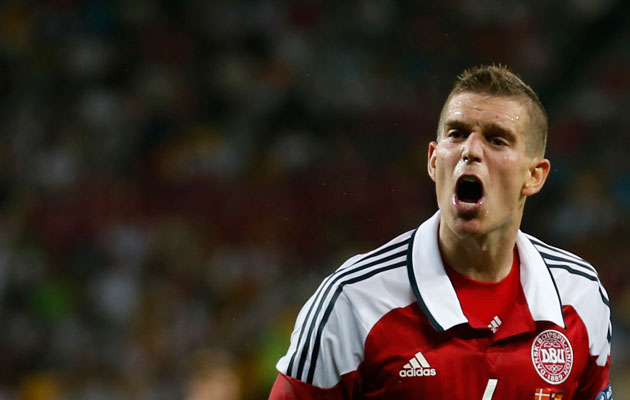 Former Liverpool defender Daniel Agger has shown his compassionate side by agreeing to fund theDanish homeless national side trip to the Homeless World Cup in Chile.

The eight members of the Danish side were 20,000 krone (around £2,100) short of the money needed to travel to Santiago for the tournament. Agger heard of their plight and agreed to subsidise the trip from his own pocket.

Frits Ahlstrøm, a member of the Ombold charity who use football as a means of helping disadvantaged people re-engage with society, told TV2:

“There is no substitute for class and Daniel has it on as well as off the field – as a player and a person.”

Agger’s generosity comes after Sweden’s Zlatan Ibrahimovic agreed to spend £30,000 to pay for the Swedish disabled national team’s flights to their World Cup in Brazil.