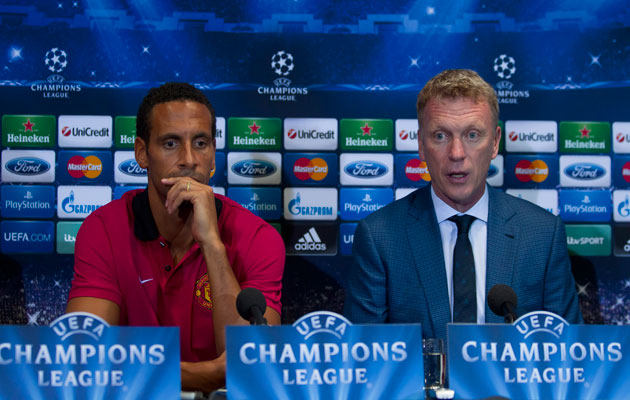 In his autobiography ‘#2Sides’, which is being serialised by The Sun, the 35-year-old defender says the players were frustrated by Moyes’ mentality and angered by changes in routine, such as the chips being taken away.

He said: “It’s not something to go to the barricades over (the chips). But all the lads were p***** off. And guess what happened after Moyes left and Ryan Giggs took over?

“Moyes has been gone about 20 minutes, we’re on the bikes warming up for the first training session and one of the lads says: ‘You know what? We’ve got to get on to Giggsy. We’ve got to get him to get us our f****** chips back.'”

Professional to a fault.

He also accused former Everton manager Moyes of having a small club mentality and said that he did not understand United’s attacking traditions.

“Moyes set us up not to lose whereas we’d been accustomed to playing to win. This wasn’t Everton, it was Manchester United.”

He concluded: “Looking back, I’d say David Moyes was unlucky. He and Manchester United were just oil and water somehow.

“His ideas weren’t bad in themselves, they just didn’t fit with the group of players and the tradition and recent history of the club.

“Before every game he made a point of showing us videos of how dangerous the other team could be. On the morning of a game we’d spend half an hour on the training ground, drilling to stop them.

“There was so much attention to the subject it suddenly became a worry – they must be f****** good at this to have us spend all this time on it.”

He also recalled a video meeting with Nemanja Vidic and Moyes, analysing the 4-1 defeat to local rivals Manchester City, and how he walked out with no idea what the Scot was trying to say.

He added: “You heard a lot of guys complaining: ‘I just don’t know what he wants.’

“He had me doubting everything.”

Ferdinand returned to Old Trafford for the first time on Sunday, but hardly covered himself in glory as his new club, QPR, went down 4-0.