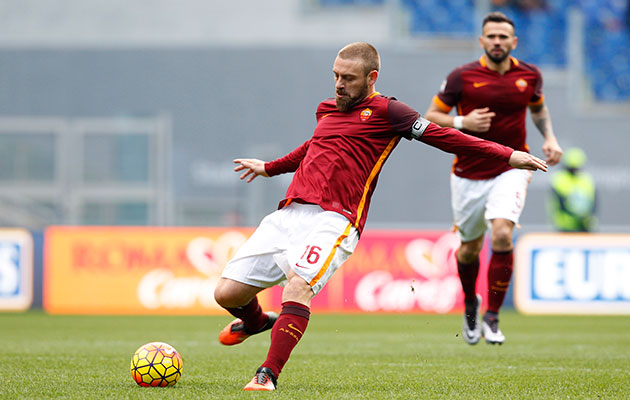 Roma coach Luciano Spalletti did not deny De Rossi’s comments. Nor did he condemn them. Somewhat astonishingly, he said De Rossi’s only mistake was not to cover his mouth with his hand to conceal what he was saying.

“He (De Rossi) didn’t put his hand up to his mouth, but I will tell him to do that next time,” Spalletti said.

“In difficult moments like that, certain manners can go amiss. But Mandzukic was taking the piss out of all the (Roma) players during the game.”

“He needs to behave better, but when you are losing you may lose your temper and forget to cover your mouth, keeping your hands close to your body instead of covering your mouth. We will teach him that.”

Juventus coach Massimiliano Allegri tried to play down the incident, suggesting such exchanges were a regular feature of Italian football.