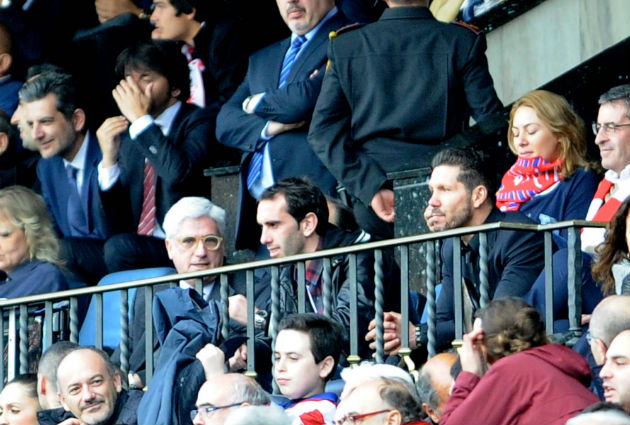 Atletico Madrid manager Diego Simeone has been handed a three game game following an incident during Saturday’s match against Malaga.

Simeone will be banned after an extra ball was thrown onto the pitch from Atletico’s dugout from a ball boy which stopped a Malaga counter attack.

However under La Liga rules, they stipulate that the manager is accountable for the actions of those in the technical area.

Simeone will be in the dugout for tonight’s game versus Bayern Munich in the Champions League, however he the ban will follow in La Liga and he will miss crucial title games against Rayo Vallecano, Levante and Celta Vigo.

Simeone accepted the decision after the game, and conceded:

“It’s clear that the referee made the right decision as per the regulations.

“He did what he had to do. There’s little more that can be said. The images will show it was a boy beside me, but that doesn’t mean anything.”