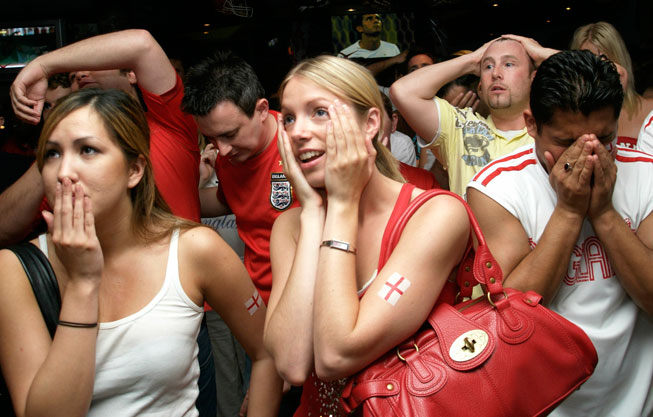 Pubs in England will be able to stay open to screen the country’s World Cup matches without seeking a special licence following an intervention by the prime minister David Cameron.

Cameron intervened after the Liberal Democrat minister Norman Baker stated at the weekend that he had refused brewers’ requests to extend licences.

But Cameron, ever the populist and possibly realising that allowing people to drink themselves into oblivion could turn into a potential vote winner, took to Twitter to order a rethink.

I have ordered a rethink on pub opening times for England’s World Cup games – will consult with pub trade, police and councils.

One of the three England matches – let’s be honest, only an extreme optimist expects there to be more than three –  will be screened very late at night due to the time differences with Brazil.

England’s opening game against Italy on Saturday 14 June is due to kick off at 11pm.

Under the proposal, pubs nationwide would be able to stay open until 1am without needing to apply for a special licence from their local council.

But if England progress out of their tough group into the knockout stages, there could be more late kick-offs. But let’s cross that bridge when we come to it.

Baker told the British Beer and Pub Association: “We have no plans to extend licensing hours for this year’s World Cup.

“It is our normal practice to only extend licensing hours under the Licensing Act 2003 in exceptional circumstances, usually for one-off events such as the golden jubilee rather than for prolonged periods.”

England’s exits from major tournaments are usually accompanied by sporadic outbursts of public disorder and random acts of violence. The hope must be that the extra two hours in the pub will effectively anaesthetise those intent on causing any damage.