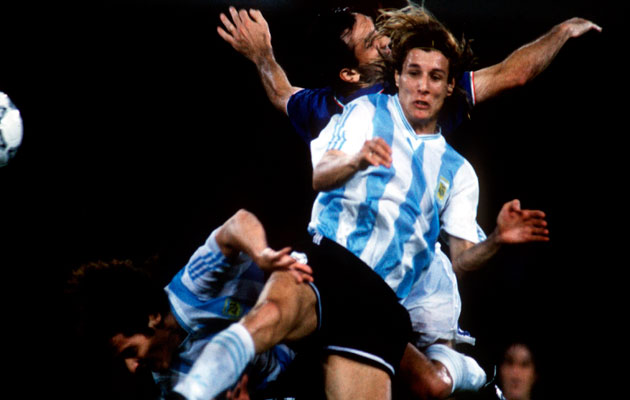 And the fake one…

Caniggia was listed as wearing number seven for Argentina, but the person wearing that shirt bore little resemblance to the 1990 World Cuo finalist.

That’s because it wasn’t Caniggia but Daniel Cordone, formerly of Vélez Sarsfield and Newcastle United – and once named among the top 50 worst strikers to have played in the Premier League.

Reporters were puzzled by the appearance of the striker and sensing trouble, Cordone headed straight for the dressing rooms without talking to anyone when the final whistle was blown.

Argentina’s coaches initially went along with the charade before coming admitting that it was Cordone and not Caniggia.

Caniggia won 50 caps for Argentina during his playing days; Cordone won none.