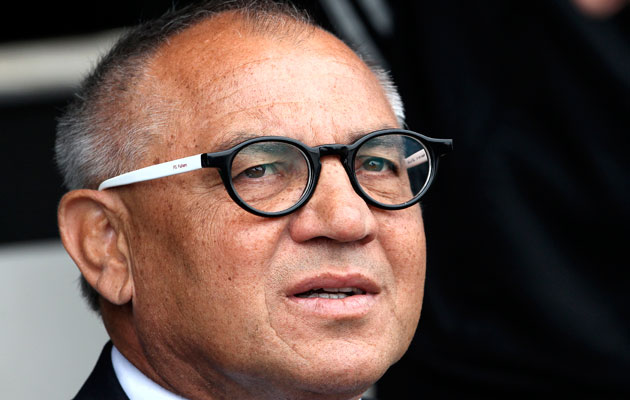 Felix Magath and his lawyer have moved to deny various claims of the German coach’s bizarre working practice made in a report about his ill-fated time in charge of Fulham.

Magath arrived at Craven Cottage in February 2014 with a reputation for eccentricities, but a report in The Observer on Sunday contained some alleged details of the eccentric style of management practised by the German.

The report claimed that the Magath invited players into his office only to stare at them in silence for minutes at a time, and also that he ignored the advice of the club doctor when it came to the treatment of injured defender Brede Hangeland, by strapping cheese soaked in alcohol onto the affected area.

Magath himself told German news agency dpa that he did not overrule club medics by recommending the novel treatment.

“That’s cheese,” Magath was quoted as saying – cheese a German expression which can also mean something is nonsense. The former Bayern Munich coach explained that he only advised Hangeland to try and cure his injury with the “traditional homemade remedy of ‘quark‘ [curd] cheese,” which has been used by athletes in the past.

“I would never tell a doctor what he has to do,” he added.

The accusations of staring were also denied by Magath’s lawyer, Ralf Hocker. According to the Observer report, he would invite players into his office and stare at them without speaking for several minutes.

“That’s totally fabricated,” Hocker said dpa. “My client doesn’t stare at players. And he also does not remain silent, and tests whether they blink or not. If it wasn’t so sad that this nonsense is published, you could laugh about it.”

Magath was sacked last Thursday with Fulham bottom of the Championship after earning just one point from their opening seven games of the 2014-15 campaign. Magath was appointed manager of the London club last February, but despite boasting of his record of having never been relegated, was unable to prevent their fall from the Premier League.