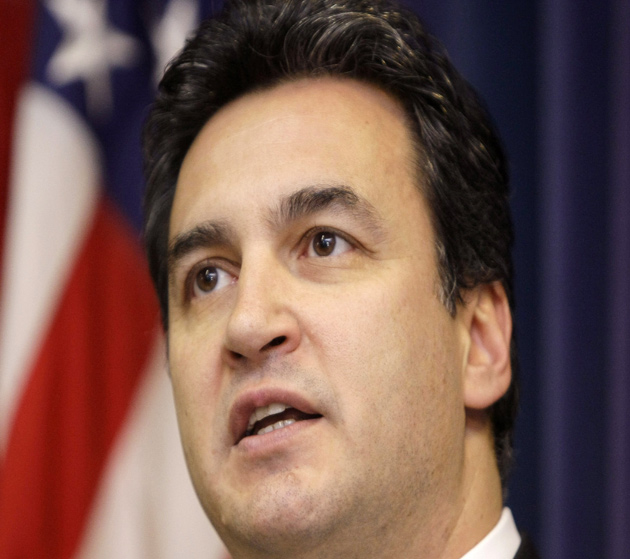 Michael Garcia has resigned as chairman of FIFA’s ethics investigator, plunging the world football federation deeper into crisis and exerting renewed pressure on its dysfunctional leadership under Sepp Blatter.

The 2018-2022 World Cup bid scandal inquiry has also been effectively frozen in its tracks after the United States attorney walked out in protest at the rejection of his appeal against the “erroneous” summary by ethics judge Hans-Joachim Eckert of his substantive report.

Garcia had been appointed in the summer of 2012 under the reform programme set in train by FIFA president Sepp Blatter and led by Basel governance expert Mark Pieth.

However Garcia had not figured on Pieth’s orginal shortlist of possible candidates. In recent months a chasm has opened up between his aggressive American work style and the more cautious conservative culture of Eckert.

FIFA president Sepp Blatter has talked in the past about steering the “FIFA ship” into “calmer waters.” Instead now it appears that the FIFA ship is back on the rocks

In his resignation statement Garcia revealed that his calls earlier this autumn both for full publication of his bid scandal report to be published and for his actions over the ‘World Cup watches’ controversy had been referred to the disciplinary committee. Subsequently both complaints had been dismissed without any leak to the outside world.

Later Garcia appealed against what he viewed as the travesty of a summary of his report, as issued by Eckert. This had been rejected “on procedural grounds.”

He concluded: “The Eckert decision made me lose confidence in the independence of the Adjudicatory Chamber, it is the lack of leadership on these issues within FIFA that leads me to conclude that my role in this process is at an end.

“Accordingly, effective today, December 17, 2014, I am resigning as independent Chairman of the Investigatory Chamber of the FIFA Ethics Committee.”