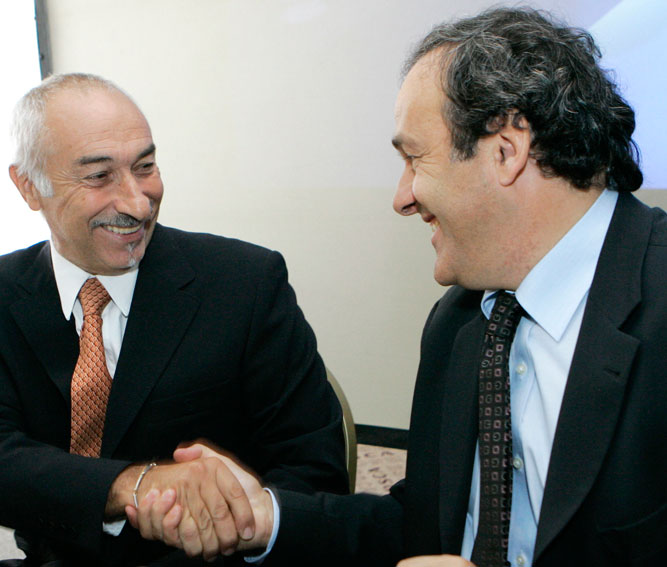 World players union FIFPro has again called for an overhaul of the transfer system after the latest FIFA Transfer Matching System (TMS) data reported global transfer fees in 2013 of $3.72 billion, an increase of 41% on the previous year.

“Today, transfer fees are exorbitant and obscene. It’s the system that permits this, just as it allows clubs to run with enormous deficits. It even authorises third party ownership to trade shares in a player, as is done in the world of horses. These trends must worry all those who are thinking about and preparing for the football of tomorrow, as they worry FIFPro,” said FIFPro president Philippe Piat in a statement.

“The transfer system is responsible for the inflationary bubble, denounced by all the parties, by everyone working to preserve the future of football.”

FIFPro blames FIFA in particular for a system it believes is illegal because it abuses players’ rights and creates an inflated and unsustainable labour market. FIFPro claims that the transfer system contravenes laws on the basis of freedom of movement, competition and human rights.

“We are waiting for the European Court of Justice to recognise or otherwise the validity of our complaint. We know we are in the right!” said Piat. “…We have exhausted our capacity for dialogue.”

Both FIFA and UEFA have said that there needs to be a review of the transfer system, with the third party ownership of players attracting the most attention, even though it is ‘theoretically’ illegal in Europe’s bigger football markets.

FIFA prohibits any third party exercising any ”influence” over a club’s activities in relation to its players. But the current regulation does not prohibit third party ownership – a standard practise in its South America – in principle.

FIFPro also addressed the issue of players not getting paid, which the union says is more widespread than has been reported.

FIFPro General Secretary, Theo van Seggelen, said: “While the overall financial pie has reached an unprecedented level, non-payment of wages is rife across the game and we know a crisis is looming for the football industry.

“We see this trend developing on numerous levels through our vast experience of nearly fifty years in the game and the complaints received from of our 55 member unions worldwide who show us daily that the majority of professional players are denied their basic rights.

“Part of the problem is these are ‘invisible’ players, those who do not command the attention of the wider public, whereas in actual fact they are the front line of this battle. Their struggles are representative and symptomatic of the transfer system’s core deficiencies.”

Piat said: “Non-payment of players opens the door to corruption.”

“A player who hasn’t been paid, as commonly occurs in many countries in the former Eastern bloc, or in Africa or Asia, is much more easily manipulated. Those who organise match-fixing know this very well, and the examples of those players who are left adrift, and who end up being forced to fix matches, are unfortunately commonplace.”

“But the footballer is not the only guilty party, if ever he was in any case: the club which doesn’t pay him his wages is just as much to blame. But the player is often the only one taken to court, hounded and condemned.

“This system must be disputed one hundred per cent.”