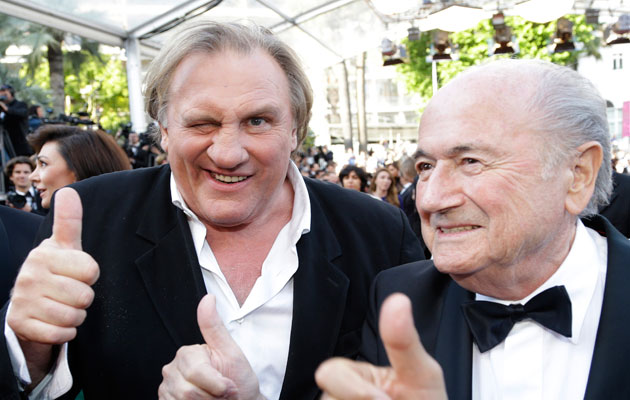 The director of Fifa’s football drama United Passions has described the film as a disaster.

The film currently boasts a 0% rating on Rotten Tomatoes, but arguably the most scathing critique of the production has come from its director Frédéric Auburtin.

Auburtin has said that his film is “a disaster” and he regrets his involvement.

He told The Hollywood Reporter that he intended to make a combination of “Disney propaganda” and “a Costa Gavras/Michael Moore movie” but he struggled under the pressure from Fifa.

“Now I’m seen as bad as the guy who brought AIDS to Africa or the guy who caused the financial crisis,” he said, somewhat melodramatically. “My name is all over [this mess] and apparently I am a propaganda guy making films for corrupt people.”

The $30m film, financed mainly by the football governing body, took just $918 in its opening weekend in the United States. The timing of the release obviously didn’t help – coming as it did when Fifa found itself mired in a corruption controversy.

Aubertin claims the project was in trouble from an early stage after Fifa demanded the film be ready for release in summer 2014, giving him just four months to get a script ready.

The original title, as suggested by Fifa, was Men of Legend. “Can you imagine such a title?” Auburtin asked. “It’s nonsense. Then The Dreammakers. Come on.”

Ironically, in the light of recent events, the director is now keen on making a sequel about the recent Fifa controversy.

“I’m a victim of the game,” he said. “It’s a disaster, but that is not the point, I accepted the job. [But] I was not paid to be the Che Guevara of the sports business. Please don’t make me the guy responsible for the fact that Fifa is rotten.”