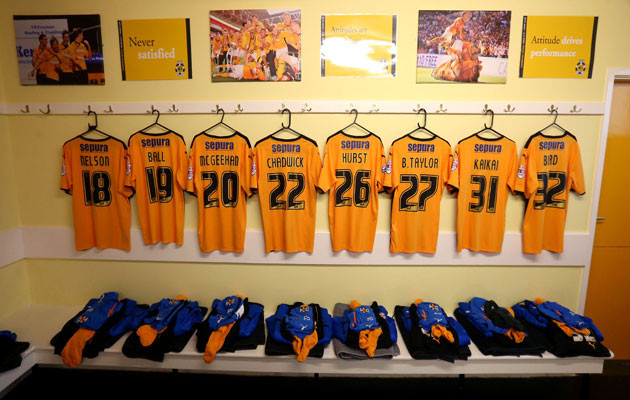 Manchester United, the second richest club in the world, tonight face Cambridge United, 14th in League Two and a team who until this season, had spent nine years playing non-league football. It is the type of David v Goliath tie the FA Cup regularly throws up, but from a financial point of view. it is the type of fixture that highlights the chasm separating the elite Premier League clubs from the rest.

Last autumn, Newsweek’s Simon Akam spent several months investigating the state of English football at the bottom of the professional ladder, during a period when unprecedented sums of money had poured into the upper echelons of the game.

Akam embedded with Luton Town where he researched the financial state of play at the basement of the professional game, relative to those clubs who have benefited from two decades worth of multibillion pound TV deals.

The decision to focus on Luton Town was not random: the club dropped out of England’s top flight the season before the Premier League was launched and therefore missed out on the Sky windfall.

There is more to this story than a case of the haves and the have-nots, though. While wage discrepancy between the top and bottom of the game has widened hugely, wages at the bottom have also risen faster than inflation year after year. In 1994-5 a fourth tier average wage bill was £0.8 million. By 2012/13, as above, it was £2.46 million. Adjusting for inflation, £0.8 million is only £1.42 million in today’s money.

In absolute terms lower league players are therefore richer than they have ever been. In relative terms they have never been poorer.

There is more to the article than the dry economics of the modern game. The piece also offers a fascinating insight in to the lives of lower level players who, though overshadowed by their wealthier Premier League contemporaries, do still enjoy a relative level of fame.

The full version of the story is published as an eBook under the new ‘Newsweek Insights‘ brand, while an abridged version ran in print in the magazine (see links below).