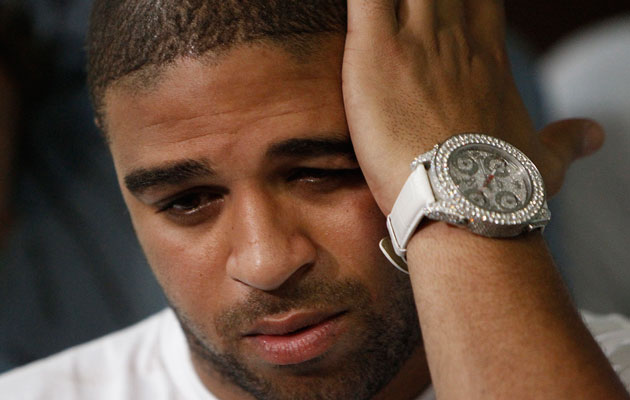 A judge has rejected charges of drug trafficking against Brazilian football star Adriano.

Adriano had been charged in connection with drug dealing by a public prosecutor in Rio de Janeiro.

The 32-year-old former Inter, Flamengo and Corinthians player was alleged to have bought a motorbike for a Rio drug trafficker to use in illegal activities in 2008. He was accused of aiding and abetting the drug dealer whom prosecutors say was a old friend of his from the Vila Cruzeiro favela.

But the judge has announced there was not enough evidence to uphold the accusations.

Adriano’s spokesperson said his client had not been charged and and has no knowledge of the charges.

Adriano is currently in Le Havre negotiating a return to football with the French second division club.