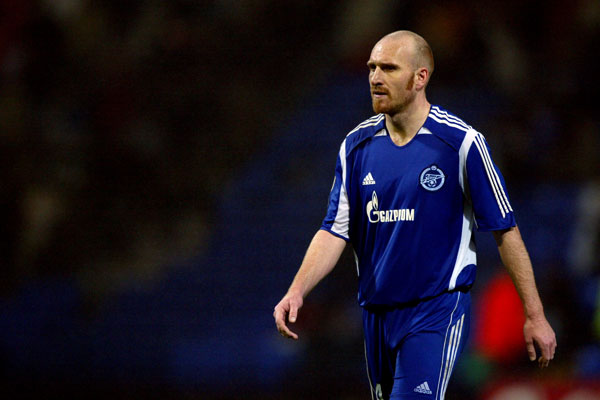 Former Zenit St. Petersburg defender Erik Hagen claims to have bribed a referee during his playing days in Russia.

According to the former Norwegian international, he and his teammates each paid an official $3,000 who took charge of a European club match.

Speaking to the Norwegian publication Verdens Gang, the 38 year-old said: “One of our players knew one of the officials. We received crazy bonuses for winning European games – $12,000 each. Before one match, we were told to each give $3,000 to the referee and then we would win.

“I got up and said that this was insane because we were much better than our opponents. But everyone decided to pay up. I always paid.”

The defender, who played for the Russian outfit between 2005 and 2008 also said that in the 2007 season, referees helped the team to win the title.

“I don’t know what to say about our last ten matches that season,” he continued. “All the referees’ decisions were in Zenit’s favour. I was in a difficult position. In the previous season, we were on the end of a lot of bad decisions. Bribes were so deeply widespread within the league that the owners of each club were accusing one another of bribery before each game.”

Zenit spokesman Evgeny Gusev said: “We are extremely surprised by Hagen’s words. We always follow and have always followed the principles of fair play, and we only show what we’re worth on the field of play.”

Gusev’s sentiments were reiterated by Hagen’s former Zenit teammate, Alseksnadr Gorshkov, who was dismayed by the Norweigian’s comments and claimed “nothing happened”.

“Hagen’s comments are a complete shock and to be honest I don’t really want to comment on them,” he said. “It reminds me of a UEFA Cup game against Bayern Munich in 2008 when the press claimed we had bribed the German team.”

Goshkov was referring to an article by El Pais in 2008, which claimed a gang with links to the Russian mafia bribed Bayern players before their semi-final. Zenit went on to win 4-0 in the second leg and would beat Rangers in the final to lift the UEFA Cup.

This allegation has always been denied by Zenit and they were never found guilty of the claims made.

Here are the goals from that game.