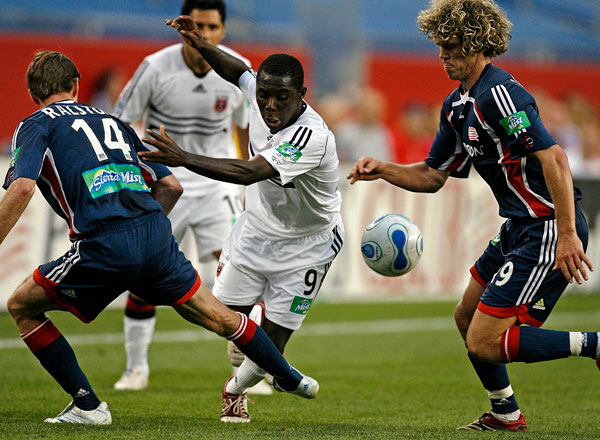 It was on this day, ten years ago, that Freddy Adu, made his debut for DC United.

The youngster was still two months short of his 15th birthday when he came on as a substitute against San Jose Earthquakes and in so doing, he became the youngest footballer to play in the MLS. That record still stands, and provided the lessons have been learned from the Adu saga, it should continue to stand for many years to come.

Adu arrived on the US football scene amid much fanfare. By the time he was thirteen he had already been given a contract worth $1million by Nike and inevitably, given his tender years and precocious talent, he was dubbed the new Pele. The burden of expectation was huge, as demonstrated by this article written about him 13 months before he made his MLS debut.

MLS deputy commissioner Ivan Gazidis (currently chief executive at Arsenal) was one of many to get carried away by Adu’s potential. He said of the 13-year-old: Freddy is a supremely talented young player, probably the best young player in the world.”

“Freddy’s without a doubt the most talented kid we’ve ever seen at that age.”

That was then, but for now Adu has been training with English championship side Blackpool.

In an interview on the official Blackpool FC YouTube channel, Tangerine TV, Adu talks about his experiences, why he signed a professional contract at such a young age, and what he hopes to get from his time in England.

“What most people don’t know is I decided to go pro because my family was real poor,” Adu explains in the interview. “At that point my mom was a single mother working two jobs, three jobs, and what am I going to do, say ‘no’ to millions of dollars at that age while my family is struggling?”

That’s assuming he has a choice. Blackpool declined to offer him a contract and after spending much of the past decade on the road in search of a permanent home, the peripatetic lifestyle appears inevitable.

It’s all a far cry from the moment ten years ago, when he was heralded as the future of American football.

This is that moment.

It is easy to forget that he is still only 24.

And if you’re wondering what all the fuss was about, take a look at some of these clips from his early days.