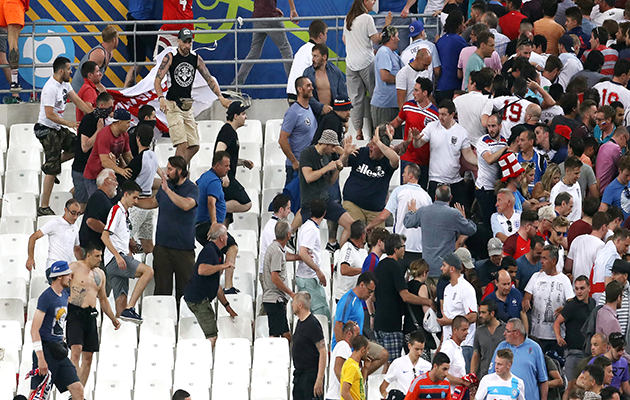 Marseille prosecutor Brice Robin has said that 150 Russians were mostly behind the violence that overshadowed the Euro 2016 game between England and Russia.

The game finished 1-1, but at the end of the game there were violent scenes as it appeared from various social media streams that a section of Russian fans invaded the English fans section and began to attack them.

Robin said that 35 people were injured, whom are mostly English fans and four of those fans were seriously injured.

According to the BBC, Robin added that ten people, including six Britons, three French and an Austrian, face an immediate trial and he said that two Russians had been arrested, because they invaded the pitch.

“These are extremely well trained people.”

UEFA have said that have opened action against the Russian football union which could have serious repercussions, as well as threatening both England and Russia to be kicked out of the Euros should the violence continue.