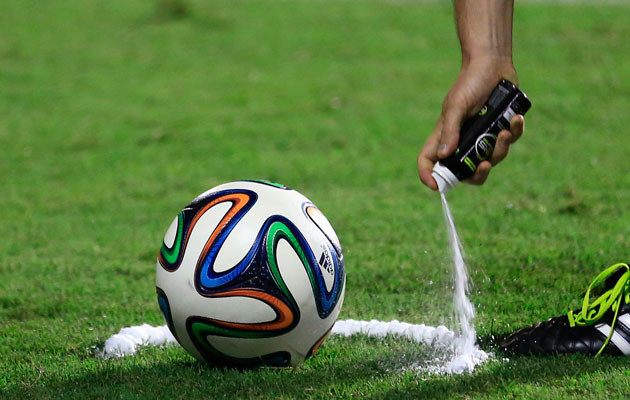 German product-safety organisation Technischer Überwachungs-Verein (TÜV) has banned the use of the revolutionary vanishing spray.

The TÜV have decreed that referees will be unable to use the spray in the Bundesliga after the foam tested positive for “hormonally active” ingredients.

The spray was due to be introduced on 18th October, but those plans were put on hold after the German football federation (DFB) found the Argentina-produced spray could not be used as it wasn’t approved or manufactured in the EU.

According to Bild, the DFB then had TÜV test the spray extensively, with the safety auditors finding that not only did it contain suspicious “hormonally-active” parabens but that it was also flammable to require labelling. The spray was also found to contain more than the legal limit of greenhouses gases.

Any referee who uses the spray during a Bundesliga match is likely to receive a fine and could also be subject to legal proceedings.