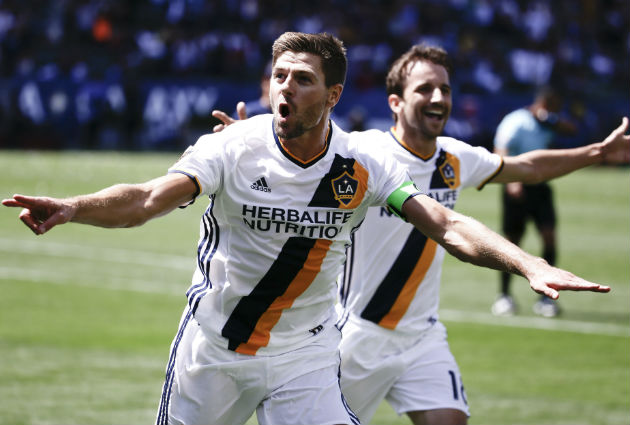 Former Liverpool captain Steven Gerrard has said that he plans to return “home” at some point in the future.

Gerrard was an inspirational figure for the Reds with his career spanning over 17 years. He made over 700 appearances for the club and is currently plying his trade in the States for the LA Galaxy.

Even though Gerrard and his family are happy with the Los Angeles surroundings, he hopes to return to Liverpool in some capacity in the future.

He said: “I will be going home at some point.

“I don’t want to start any unnecessary rumours. I’m really happy where I am at the moment. But I’m sure somewhere down the line I will represent Liverpool Football Club.

“I miss my friends and my family. I miss a bit of cold weather.

“I miss going to the games. I spent 35 years in Liverpool. Liverpool’s my home, it always will be. This is my second home for a short period of time.

“Sooner rather than later I will return to where I’m comfortable with my people – and that’s Liverpool.”

He added: “Obviously the city’s a fantastic city for myself and my family, the climate, there’s plenty to do. I’m pretty much unnoticed as well, which is a bonus.

“I’m getting on a little bit now so eventually we’ll move back and settle in Liverpool.”