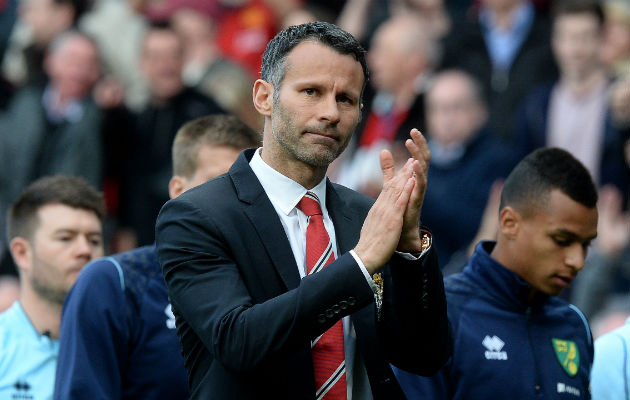 Ryan Giggs should leave Manchester Utd if harbours ambitions to manage the club one day – these are the sentiments shared by goalkeeper legend Peter Schmeichel.

Schmeichel, who has been critical about Utd’s playing style under Louis van Gaal has urged his former teammate to manage other clubs first to give him the relevant experience necessary to manage such a big club like Man Utd.

He told Sky Sports News: “There are two sides; the club side and the Giggs side. I think Ryan’s big dream is to one day manage United.

“To be equipped to do that, he has to go away and be a manager at other clubs – standing on his own two feet, making decisions, producing results, getting his own ideas in – rather than step-up from being assistant.

“I think, for him, it would be a good idea to go somewhere else. On the other hand, Ryan is a culture bearer. He is someone who has been at the club for a very long time, and it’s so important that we have that within the staff.

“But I would like to see him go away and come back some day prepared for the challenge because we’ve seen that, in the last three years at United, it’s a hard job to be manager there. It’s not something you can just step up and do.”

Schmeichel on Giggs: "I think to be equipped (to manage #MUFC), he has to go away, stand on his own two feet" #SSNHQ https://t.co/1EW5mUMvgL

However in contrast, Paul Scholes feels that the former winger should stay at Old Trafford and said it would be sad if he ended his long-term association with the club.

“If he [Giggs] left the club, I think it would be very sad,” Scholes told Sky Sports News.

“He’s been there 20-odd years and knows the place inside-out, how the club works and what kind of football is expected. It would be really disappointing if he did leave.

“It’s all down to personal preference, it depends on Mourinho and what he wants Ryan to do – if he wants him to assist him like he did with Van Gaal – and what Ryan wants to do. If he wants to go away and manage then I’m sure he’ll be very good at it.”