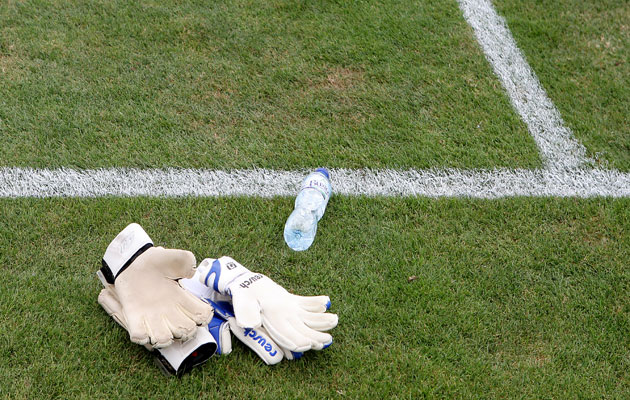 In what newspaper Blick is calling a “Piss-Attacke,” news comes of a fourth tier match in Switzerland at which a goalkeeper’s water bottle was contaminated by urine.

The incident occurred during he weekend fixture between FC Muri and FC Baden.

At some point in the the second half the Baden fans behind the goal of Muri goalkeeper, Reto Felder, asked a ball boy to give them the keeper’s water bottle. The bottle was emptied and filled with urine.

The next time Felder drank from the bottle the fans started chanting: “You have been infected! You have AIDS!”

The 34-year-old Reto Felder says he is “still feeling sick” and has threatened to take legal action against the culprits.

“I have never experienced anything like it, said Felder of the fans. “That is just primitive filth.

“The mere thought of drinking piss is unbearable. What if, the next time, it is something that knocks you out?”

“That’s from the bottom drawer. I’ve played football all my life and experienced a lot, but that surpasses everything.”

“Every game against Baden is a high-risk game,” Hubeli added. “I am convinced these fans will try again.”

Baden president Thomi Bram was equally disgusted at the behaviour of his team’s fans.

“This is a serious abuse of fair play if it has actually happened that way,” he said.

Hubeli said he is now ready to make a formal complaint to the local football association.