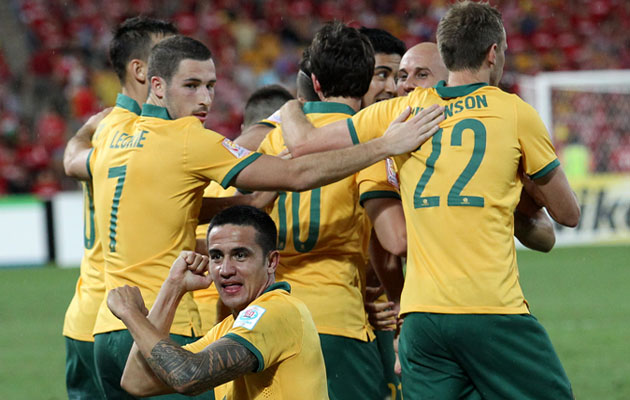 On the eve of the Asian Cup final between Australia and South Korea, a number of Gulf nations are campaigning to have the Socceroos expelled from the Asian Football Confederation.

Speaking to a newspaper in the United Arab Emirates, AFC president Sheikh Salman Bin Ibrahim Al-Khalifa admitted there is a growing feeling among the Arab nations that Australia should be excluded, and added that “Arabs are not the only ones” seeking their removal.

The belief among the dissenters is that Australia, which joined the Asia region in 2006, benefits hugely from Asian involvement without giving much back in return.

Australia has been a dominant force when it comes to World Cup qualification time, twice qualifying for the finals – and is thus seen to be “taking away” a spot from the rest of the confederation. Middle East nations, already concerned by the rise of China and in the long term India, see their international opportunities limited by Australia’s involvement.

“Australia joined the AFC before I was elected as the president. At that time, the AFC general assembly made no resolution about re-assessing Australia’s membership to determine whether it will stay or be evicted,” Salman told the Al-Ittihad. “There are indications that prove that such desire exists among the confederations of west Asia to evict Australia. But I also know that the Arabs are not the only ones who are not convinced that Australia’s membership in Asia’s football is feasible.”

“We were extremely surprised to hear of these press reports from west Asia,” he said. “We are newcomers to AFC but our commitment to participate in competitions, membership of important AFC committees and general sharing of ideas and programs increases every year.

“We celebrate the diversity of the Asian region and this tournament has shown our contribution can go beyond football to create and foster social and political bridges between key trading partners in the region.”

Gallop said Australia contributed to the AFC economically and said membership of Asia would strengthen the links with teh rest of the continent.

“Importantly, Australia is also in the top five markets for television rights in the entire confederation,” he said. “It has been educational for Australians and Australia’s multiculturalism has been on show. We have educated over 50,000 children about Asia through our Asian Cup primary school course.”

Australia is currently hosting the Asian  Cup and local organising committee chief executive Michael Brown admits that the hosts had to do more to embrace its neighbours.

“Asian communities about are face-to-face relationships and building trust. We’ve gone a long way with the Asian Cup but it’s a long journey,” he said. “This [tournament] is a small step.”