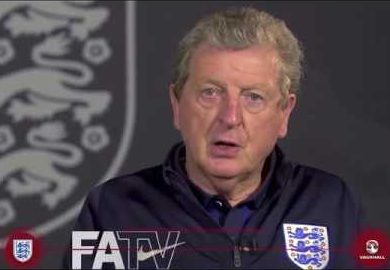 England manager Roy Hodgson has urged England supporters to stay clear of violence because of the UEFA threat that looms over his side.

UEFA opened up disciplinary proceedings against Russia for the violence caused inside the stadium, and now French prosecutors have said that 150 Russian fans were at fault for the scenes at the Stade Velodrome.

“I am very concerned at the threat now hanging over us,” said Hodgson.

“We have worked very hard to get here and desperately want to stay in the competition.

“We appreciate all your support at the matches, of course, but I am appealing to you to stay out of trouble and to try to make certain these threats being issued are never carried out and we will be able to attempt to do the best we can to stay in this competition by football means.”

Meanwhile England captain Wayne Rooney pleaded with fans to be “safe and sensible and continue with your great support”.

Rooney also stressed that fans without tickets should not travel as a safety precaution.