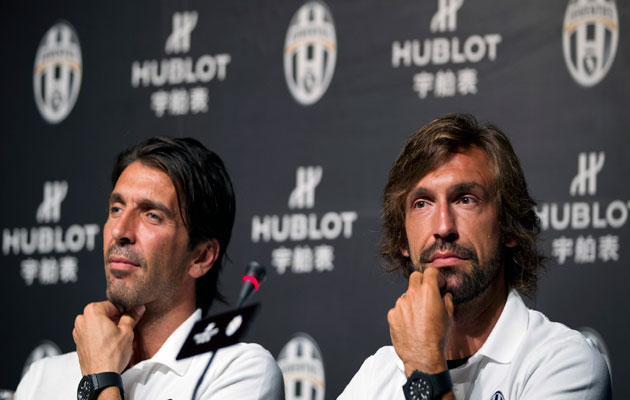 On the eve of Tuesday’s Champions League semi-final tie with Juventus, Real Madrid’s longtime goalkeeper, Iker Casillas, has paid a handsome tribute to two of his Italian rivals.

In an interview with Gazzetta dello Sport, 33-year-old Casillas says that his opposite number, 37-year-old Gigi Buffon has always been a “reference point” for aspiring goalkeepers:

“What can I say to you about Gigi?   He has been a point of reference for my generation and for the generations to come.   For anyone who, like me, dreamed of becoming a goalkeeper, he represented the platform, the shop window where you hoped to arrive and to feature alongside him…”, said Casillas.

“He is just fantastic the way he touches the ball, he is wonderful to watch and he is a complete player…He is such a quality player than he always delights lovers of good football when we see him play…”

Casillas’ diplomatic words of courtesy and respect for Italian football, however, stop short when he assesses the other Italy v Spain tie in European competition, namely Fiorentina’s Europe League semi-final tie with FC Sevilla, the current holders of the trophy:

“I don’t know Fiorentina in depth but I can tell you that Sevilla are a terrfic team, coached by a serious trainer who knows how to get his ideas across.   I would definitely say that Sevilla are the favourites in this tie…”, said Casillas.

As for Real’s prospects, he agrees with his coach, Italian Carlo Ancelotti, who said the other day that Real’s prospects of success in the Champions League were higher than in the Spanish league title race where the Madrid club currently trail eternal rivals, Barcelona, by two points, saying:

“Of course, it all depends on your own performances (not the other teams).   If you play well (in the Champions League), you can make the final and, once there, it’s all to play for…