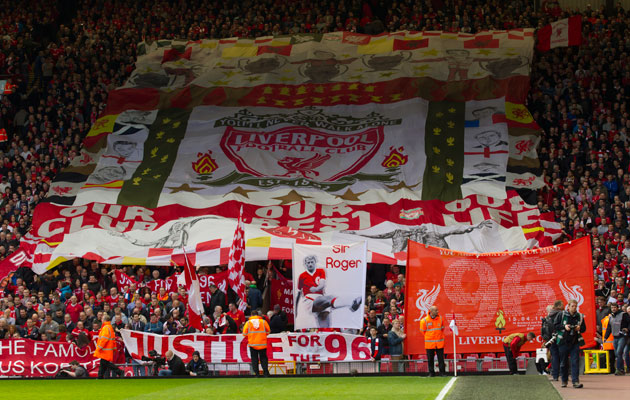 Dunkin’ Donuts, one of Liverpool’s official sponsors, has apologised after tweeting an altered version of the club’s crest that replaced the Hillsborough eternal flames with milkshakes.

The company also replaced the famous Shankly Gates on the top of the crest with a picture of doughnuts and a cup of coffee and instead of the motto: “You’ll never walk alone” they wrote: “America runs on Dunkin’”.

Their tweet, since removed, read: “Love the LFC crest? Tweet us what you’d want on your personal crest and we might surprise you with your own!”

The amended version of the crest was highlighted by fans groups. Kop Magazine (see below) advised  Liverpool fans to contact the American company to explain why the removal of the eternal flame, in particular, was ill advised.

Dunkin Donuts acquiesced to the fan pressure and swiftly removed the offending tweet. They also issued a statement apologising for the campaign.

In a statement they said: “We apologise for any insensitivity regarding our tweet supporting an LFC-themed promotion featuring the LFC crest.

“As a proud partner of LFC, we did not intend any offence, particularly to the club’s supporters. We have removed the tweet and halted the campaign immediately.”