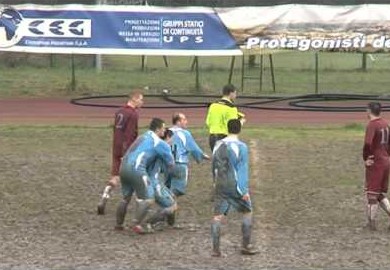 An Italian referee showed remarkable self-restrain when he resisted retaliating to a flying kick to the calf from a player he had just sent off.

The ninth-tier league game between Castel San Niccolo and visitors Fortis Arezzo, which took place on a swamp-like pitch just outside Florence, was 0-0 when the home side’s No 11 was shown a red card.

As the referee turned his back the dismissed San Niccolo player lashed out with a violent kick. As impressive as the referee’s self-restraint was, it was nothing compared to the strength of his calves which absorbed what was quite a severe kicking. The official somehow kept his footing and stood his ground until his assailant was carried away from the field by a team-mate.