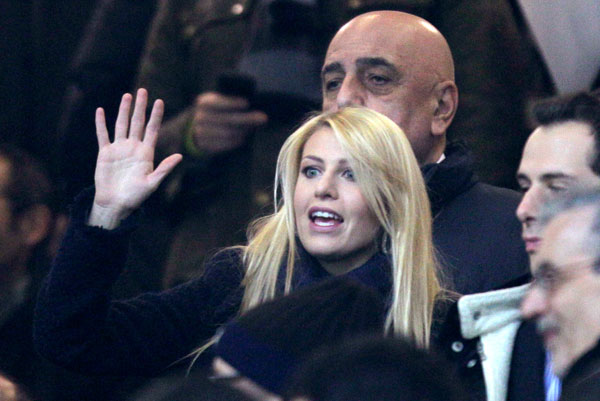 With Milan currently cutting costs, the 29-year-old also admitted that increasing revenue is a major stumbling block for the club, and as a consequence the focus would now be on producing homegrown players rather than buying in established stars.

“We have undervalued other European competition who season after season have gained market share by subtracting the relevant portions of our club revenues,” Berlusconi told Tuttomercatoweb.

“Three of the top five clubs in 2000 by revenue in Europe were Italian, yet today we are far behind.

“A model for the future of football is inevitably a mix of sporting success and ability to achieve business results, financial and managerial skills. The best results on the field will be those who are able to adopt a structure and efficient business strategies.

“A virtuous example of that is Germany, with stadiums owned and rich sponsorships, without folly has created a virtuous system, an example to follow.

“Their accounts are in order, full stadiums, development of commercial activities and so many young people on the pitch. We must always remember that football is not just a business for those who earn millions of euros, but also for the many jobs that it creates.

“Football generates a turnover, in our country, at approximately €8bn.

“It produces, above all, for the State, taking more than a million euros. For this reason, and the social value against 40 million fans, you cannot pretend to be a entertainment like any other.

“For Milan the goal is to recruit young talent before they become top players and that their cost is, for us, difficult to sustain.

“Increasing revenue is a central challenge for us. This is the only way we can succeed, improving the structures and allowing a few more top players.

“That challenge will give the first results in the medium term, but not before three years.”