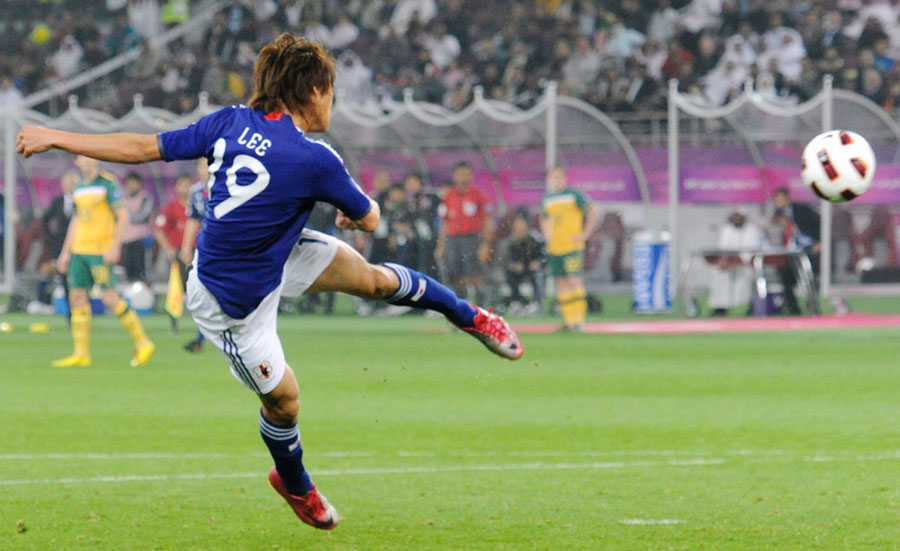 The banner, written in English, was hoisted in the stadium in the city of Saitama, during Urawa Red Diamonds clash with rivals Sagan Tosu.

There has been speculation that the sign could have been targeting South Korean-born striker Tadanari Lee, who was released by English club Southampton for a transfer to Urawa before the J-League season kicked off this month. Lee also holds Japanese citizenship and has represented Japan at international level on 11 occasions.

Urawa said it was speaking to a number of people who had displayed the banner, which also featured a Japanese flag, saying “words and deeds evoked discrimination”.

“Staff from a security guard company in the stands has reported that discriminatory remarks were heard during the match,” the statement said.

Urawa is managed by Austrian Mihailo Petrovic and has Brazilian Marcio Richardes as one of its midfielders.

Urawa defender Tomoaki Makino tweeted after his team’s 1-0 loss on Saturday “this is not the way to treat players who fight for this team with pride”.

“Players and supporters cannot unite as one and produce results this way,” he wrote.

Urawa, the 2007 Asian champions, said the results of its investigation would be released to the public.

“Discriminatory remarks and actions cannot be condoned,” it said.

J-League chairman Mitsuru Murai told Japanese media on Sunday that “we will deal with it in a stern manner” if the message was proven “discriminatory.”