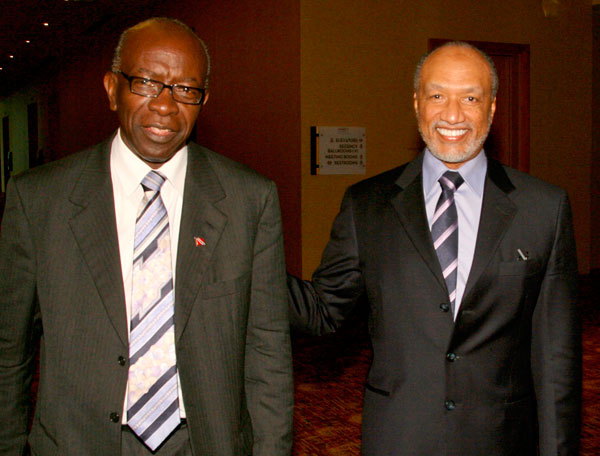 A former vice-president of FIFA and his family were paid almost $2 million (£1.2m) from a Qatari firm linked to the country’s successful bid for the 2022 World Cup, according to a report in today’s Telegraph.

The report claims that Jack Warner appears to have been paid $1.2 million (£720,000) from a company controlled by a former Qatari football official shortly after the decision to award the country the tournament.

The report also claims that he FBI is investigating Trinidad-based Mr Warner and his alleged links to the Qatari bid, and that Warner’s eldest son, who lives in Miami, has been collaborating with the authorities.

Although Qatar has repeatedly denied any wrongdoing, there have been growing suspicions that the process was flawed, and several members of the FIFA committee have faced corruption allegations.

The Telegraph report reveals that a company owned by Mohamed Bin Hammam, the FIFA executive member for Qatar, appeared to pay $1.2 million (£720,000) to Mr Warner in 2011.

A note from one of Mr Warner’s companies, Jamad, to Mr Bin Hammam’s firm, Kemco, requested $1.2 million in payment for work carried out between 2005 and 2010.

The document is dated December 15, 2010, two weeks after Qatar won the right to host the tournament, and states that the money is “payable to Jack Warner”.

One document states that payments are to “offset legal and other expenses”, but a separate letter claims that more than $1 million cover “professional services provided over the period 2005-2010”.

In June 2011, Mr Warner resigned from all football posts after he was accused of making bribes to members of the Caribbean football union on behalf of Mohamed Bin Hammam, who was standing against Sepp Blatter to be FIFA president.

Mr Warner and his family declined to comment on the Telegraph report.

A spokesman for Qatar’s 2022 World Cup organising committee said: “The 2022 bid committee strictly adhered to FIFA’s bidding regulations in compliance with their code of ethics.

“The supreme committee for delivery and legacy and the individuals involved in the 2022 bid committee are unaware of any allegations surrounding business dealings between private individuals.”

The irony is that the bid committee probably did adhere to FIFA’s ethics – or more accurately, the complete absence of them.

Kudos to the Telegraph team who remembered a key principle when it comes to investigating corruption: follow the money.

In this case, as so often these days, the money originates with the gas and oil producers of the middle east, and ends up in the hands of highly corruptible western officials.