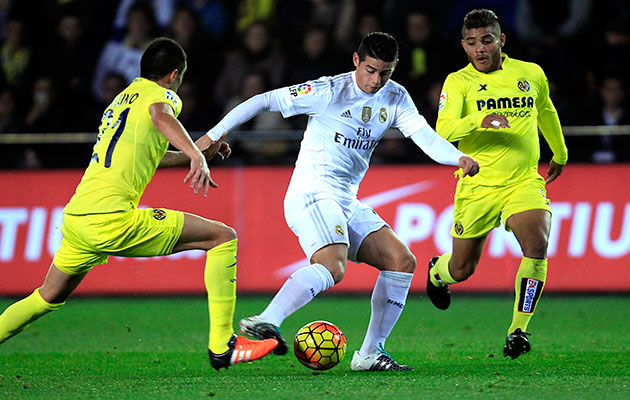 Real Madrid forward James Rodriguez has shed some light on the troubles he is currently undergoing in Spain.

The Colombia international has fallen out of favour since the start of the season, appearing mainly as a substitute under current coach Zinedine Zidane and also under his predecessor Rafa Benitez.

The former Monaco man has come in for criticism from a section of the Spanish media, with some describing him as unfit and ‘fat.’

It is also alleged that Zidane warned him about his lifestyle, fitness levels and lack of form earlier this month after taking over from Benitez. This comes just a few months after Rodriguez was involved in a police car chase on his way to training.

“My people know how I act and that I always seek to take good care of myself. I’m a professional.’’

“What’s been said about me going out a lot at night is a lie. It really p***** me off that people doubt me and say I’m looking fat.“

About the police chase, he added:

“I wasn’t going as fast as everyone says. I had music playing at a high volume [that’s why he couldn’t hear the sirens]. I’m not stupid; if I’d seen them I would have pulled over. I apologise – people make mistakes.’’

Although Los Blancos are highly unlikely to sell him due to the transfer ban imposed on them by FIFA, the player’s current predicament has alerted Manchester United, who are desperate for a creative playmaker.