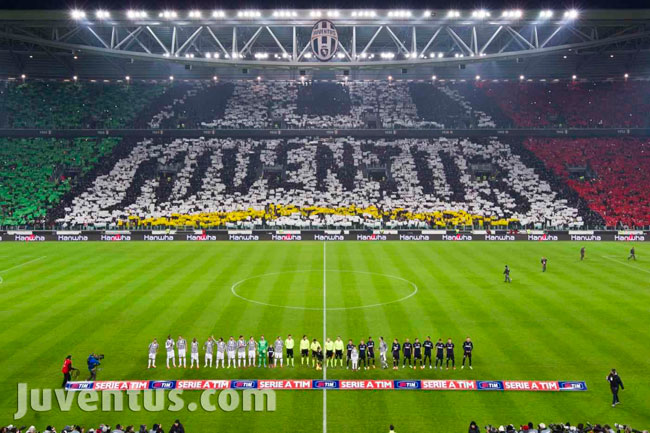 Juventus fans choreograph an amazing display for their game against Inter.

Anyone who attended Juventus match with Inter on Sunday will have been fortunate to have witnessed an amazing visual display performed by the home supporters on the ground’s Tribuna Est.

The #LoveJu initiative, the world’s first choreography conceived and voted for entirely via social media, produced a incredible spectacle as Juventus and Inter took the field for the Derby d’Italia.

The inspiration for the display came from Steven Kem, a Juve fan and designer of the winning #LoveJu choreography. His creation was chosen out of a total of 3122 sent in via the dedicated Facebook app, which was viewed 290,000 times and inspired as many as 18,118 people to vote for their favourite design

The display took was created by a 40-strong team who took three hours placing the 12,700 pieces of coloured card on the seats

To get a flavour of the atmosphere before kick off, take a look at this video produced by the club.