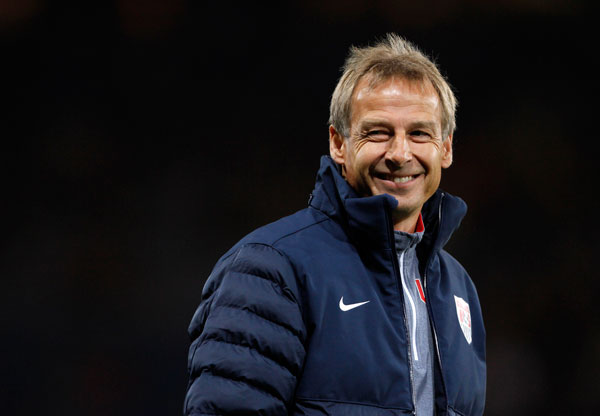 The United States have set aside a budget of up to $10.5m for Jurgen Klinsmann’s bonuses at the World Cup – a figure bigger than Ghana’s entire tournament budget.

A section of the Ghanaian media claimed that USA would spend just $2m for the finals in Brazil, sparking anger in certain quarters in Ghana over the $9m budgeted for the country for the course of the tournament.

That $9m figure is down from a proposed $22m, largely because of a huge public outcry about the cost.

A report in the Washington Post has confirmed that the amount earned by Klinsmann could exceed Ghana’s entire budget for the tournament.

According to the report, Klinsmann will earn between $500,000 and $10.5 million in bonuses depending how far the USA progresses in Brazil.

Klinsmann’s base salary is $2.5 million – the largest in USSF coaching history, although not large enough to see him among the top 20 paid managers in the world.