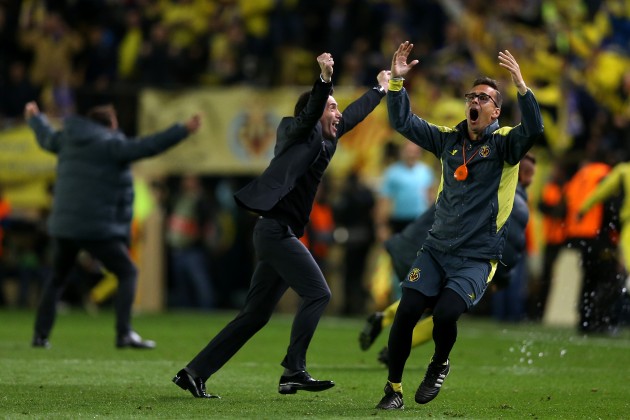 The away team hold a slender lead going into tonight’s clash at Anfield after a last minute winner from Adrian Lopez which sent the crowd and team into pandemonium.

Klopp, who is no stranger to wild celebrations himself, expected Villarreal’s reaction.

“They scored a goal in the last minute, so if they hadn’t celebrated, something would have been really wrong,” he said.

“The only thing I thought in this moment was ‘half-time’. Nothing happened. They have to come to Anfield.

“I am still feeling this, so the feeling is we are halfway through and I know how difficult it is. I sense the chance more than I am afraid of something – so let’s try.”

Klopp also stressed that he would keep his emotions in check, and urged his team to revel in the occasion.

“I am fine [emotionally] – even when it doesn’t look like it,” he added.

“We need to show in each situation that we know about the game and the importance, not with pressure but with joy.

“It’s about playing football. Most of the time football is a fair game. If they play better than we can, Villarreal will go through to the final.

“I’ll have no problem then to say congratulations. If we play our best then we can go to the final. This game is a big opportunity in a difficult season for Liverpool.”