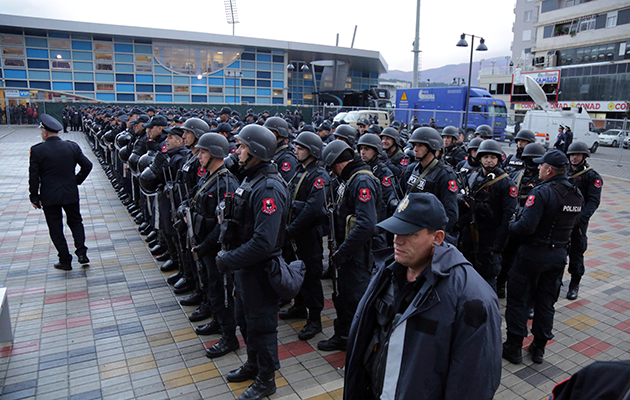 Kosovo police say they foiled synchronized terrorist attacks by the Islamic State group, including one on the Israeli national football team that played a World Cup qualifier in Albania.

The suspects were receiving orders from Islamic State member Lavdrim Muhaxheri, the self-declared “commander of Albanians in Syria and Iraq,” police said.

“They were planning to commit terrorist attacks in Kosovo and also (an attack) against (the) Israeli football team and their fans during the Albania-Israel match,” Kosovo police said, according to Reuters. 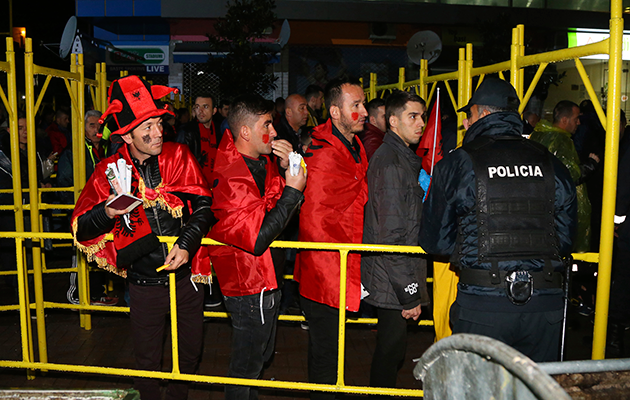 Albanian fans are carefully checked as they enter Elbasan Arena

The Kosovo police said that officers found explosive devices, weapons and electronic equipment, including “religious material and literature from well-known authors recognised for their extremist ideology”.

The groups in the three countries, coordinated by two Albanians who are part of the Islamic State terror group in Syria, had “clear targets on who and when should be attacked”, police said.

The venue of the qualifier was changed for “security reasons” from the northern city of Shkoder, near the border with Montenegro, to Elbasan, much nearer to the capital Tirana. Israel won the match 3-0.

Most of Kosovo’s ethnic Albanian majority are nominally Muslim, but largely secular. Kosovo declared independence from Serbia in 2008.