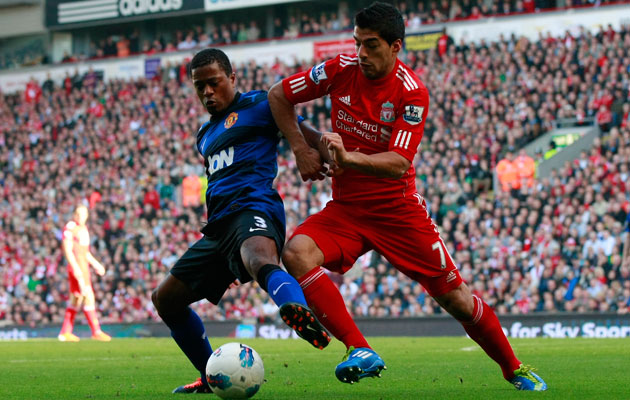 Luis Suarez has maintained his innocence in the racism row with Patrice Evra, insisting that the controversy was simply a linguistic misunderstanding.

The Uruguayan was banned for eight games and fined him £40,000 for the incident which occurred in a match in October 2011.

The Barcelona man also feels that his character will remain tainted in the wake of the row.

“I was horrified when I first realised that is what I was being accused of. And I’m still sad and angry to think that this is a stain on my character that will probably be there for ever,” said the Uruguayan in an extract of his book serialised in the Guardian.

While Suarez has never denied using the word “negro”, he claims  – as he always has – that it has a different meaning in Spanish to English and should not cause offence.

“He (Patrice Evra) initiated the argument and he chose to do so in Spanish. In the following exchanges between me and him I used the Spanish word ‘negro’ once,” he added.

“What some people will never want to accept is that the argument took place in Spanish. I did not use the word ‘negro’ the way it can be used in English.”

However, he insists that he has done nothing wrong and that Evra was not the victim of racism, but simply the unwitting recipient of a linguistic misunderstanding.

“In English there is a word that is spelled the same way but is pronounced differently and it is highly offensive: negro, pronounced nee-gro. Negro (pronounced neh-gro) in Spanish means ‘black’, nothing more. It is not in itself an insult.

“Evra had started the argument in Spanish and the Spanish language is full of these ways of addressing someone: ‘Guapo’ (handsome), ‘Gordo’ (fatty), ‘Flaco’ (skinny), ‘Rubio’ (blond), and so on. Just names based on physical characteristics, nothing more.

“Negro can refer to anyone with dark hair as well as dark skin and I’ve been used to the word being used in Spanish in this way all my life. My wife sometimes calls me ‘Negro’ or (the diminutive version) ‘Negrito’.

This is all very well and in the cold light of day seems vaguely plausible. But, it does not explain why Suarez changed his version of events during his disciplinary hearing, nor why why not one person on the disciplinary committee believed a word he had to say.

When the FA published a report explaining how it came to its conclusion, this is what it had to say when it came to the credibility of Suarez as a witness.

“Mr Suarez’s evidence was unreliable in relation to matters of critical importance. It was, in part, inconsistent with the contemporaneous evidence, especially the video footage. For example, Mr Suarez said that he pinched Mr Evra’s skin in an attempt to defuse the situation. He also said that his use of the word ‘negro’ to address Mr Evra was conciliatory and friendly. We rejected that evidence.

To describe his own behaviour in that way was unsustainable and simply incredible given that the players were engaged in an acrimonious argument. That this was put forward by Mr Suarez was surprising and seriously undermined the reliability of his evidence on other matters. There were also inconsistencies between his accounts given at different times as to what happened.”