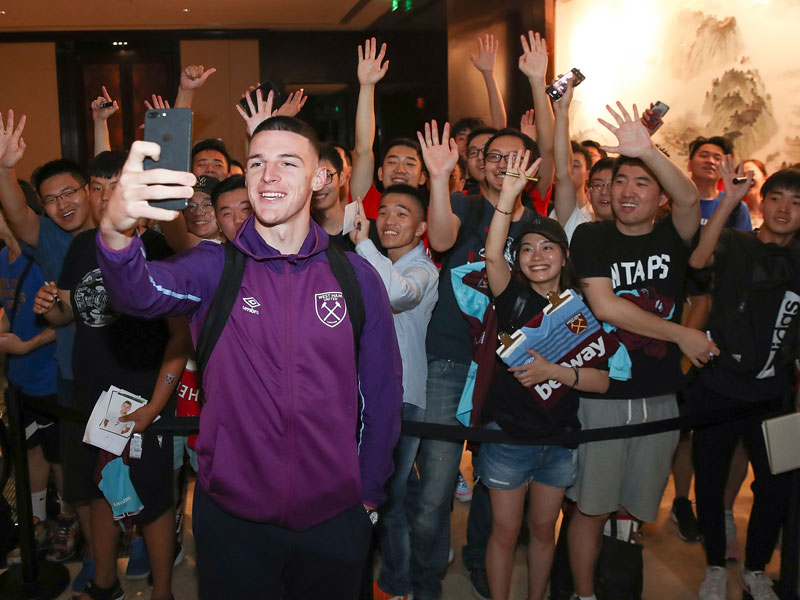 What Makes A True Football Fan?

Betway Football asked this very question in the documentary below.

Can you be a true fan of a football club if you live on the other side of the world? It is a perplexing question, one that has grown more and more apt when you consider the incredible growth of the game of football. It is truly a global game now and there are more and more teams to support, even those not in your own country.

This is a significant change to how football used to be. Most people used to support teams based on family or where they were born. But with the growth of English football in particular, the league has millions of fans all over the world.

This brings us to the question above and the documentary Over Land and Sea  as well.

In the video above Betway Football travel to Shanghai, China to tell the story of Pan, someone who became a West Ham fan in 2005 after playing the game Football Manager.

He talks about how he researched the club and its history from former England World Cup winning captain Bobby Moore to the present day. From that point on, Pan was a Hammers fan and looked to watch as many matches as possible on the television and computer.

He also travelled to England and West Ham’s training ground during his honeymoon which led to meeting Mark Noble in the carpark.

The documentary goes on to interview Mark Noble who discussed how it felt to have fans around the world.

“It feels a bit surreal to be honest. I don’t see myself as someones hero especially with all the players out there that you can follow, the Messi’s, the Ronaldo’s. He (Pan) took a liking to me and for someone like him on the other side of the world to appreciate what you’ve done is pretty special.”

Pablo Zabaleta continued; “they are very passionate about football. Training sessions, hotels, stadiums, we can see they follow the team everywhere.”

The question of whether people like Pan are real fans is a perplexing one, but the players do not see that way. Noble and Zabaleta talked about how they have incredible knowledge and enthusiasm for the team. What differentiates a true fan to them is support through tough times

Pan gave his thoughts on what a true fan is towards the end of the video;

“If we are west Ham fans we are a family. We dress in the same uniform, we sing the same songs. We support the same club. We are the family.”

No doubt the local fans are important in keeping clubs alive but this dedication around the globe is also what football is all about.