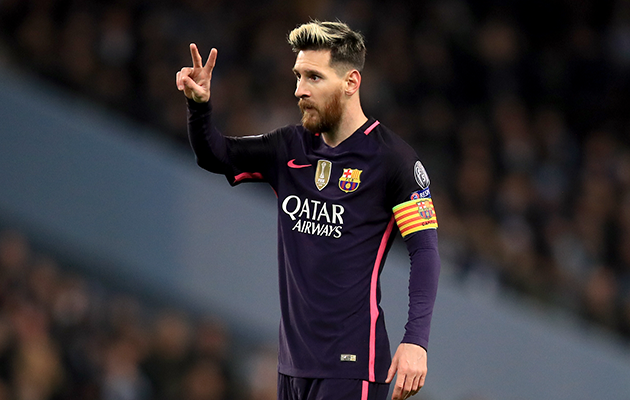 According to reports it was Pep Guardiola’s assistant Mikel Arteta who angered Messi following City’s 3-1 victory over the Spanish champions.

Spanish radio station La Cope reported that while Messi was waiting outside the referee’s room Arteta said: “Anda tontorrón, vete y métete en tu vestuario,'”which translates to “Move along stupid, get yourself in your dressing room.”

Messi reportedly shouted back: “Bobo, vení y da la cara!” which translates to “come over here and say that to my face, stupid”.

Among those suspected of being involved in the spat was Fernandinho, but the Brazilian denied he was involved

“I just want to say that the rumours that are circulating in the media are absurd: I didn’t even have contact with any Barcelona players or technical staff after the game.” said Fernandinho.

“Instigating and provoking are not in my nature, bearing in mind that I put a lot of importance on showing respect both on and off the pitch, regardless of the opposition or player in question.”

The Argentine was reportedly calmed down by international team-mate Sergio Aguero, who played down the significance of the incident.

“Whenever you lose you’re not very happy,” the City forward said.

“I saw him there, he was feeling bad. I know him well enough to know when he’s bad, when he’s good. But when you lose, nobody’s good.

“I thought Messi said something to me but he didn’t, and then we talked about other stuff. It was nothing serious. I heard something but I don’t know what happened.