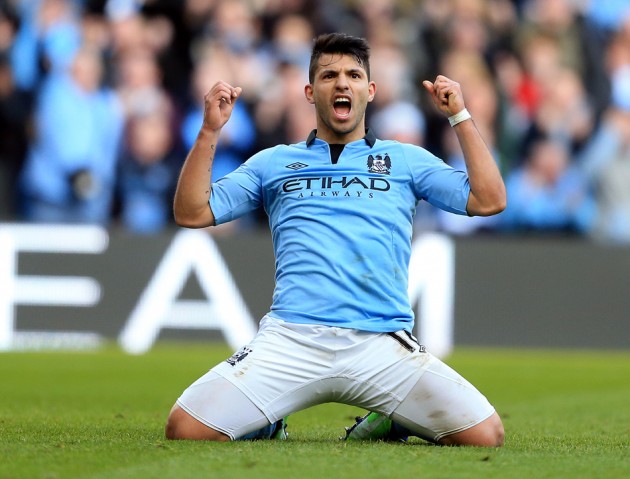 Manchester City are the best paid team in sport, according to a new report.

Sportingintelligence’s  survey says the Premier League club pay an average annual wage of £5.3m to its first-team players, which works out as £102,653 per week.

That’s a pretty good return for a solitary Capital One Cup success over the past two years. In terms of value for money, perhaps only the senior management at Britain’s failing banks in the run-up to financial meltdown, can compare.

Spanish giants Real Madrid and Barcelona take the next two spots. The La Liga clubs, who face each other in the Copa del Rey final on Wednesday , both pay their first-team players an average of more than £4.9m a year.

“The Global Sports Salaries Survey looks solely at earnings for playing sport, not for endorsements or other extra-curricular activities,” states the Sportingintelligence website.

“The 2014 report considers 294 teams in 15 leagues in 12 countries across seven different sports: football, baseball, basketball, gridiron, cricket, ice hockey and Aussie Rules football. The report looks at numbers from either current or most recently completed seasons, depending on availability of accounts and other information.”

Although the Brooklyn Nets and Chicago Bulls are the only National Basketball Association teams in the top 10, the league is the highest paying with its 441 players each earning an average salary of £2.98m.

Manchester City are one of 76 clubs being investigated by UEFA over a possible breach of its Financial Fair Play rules. A decision is expected in the coming days with some reports claiming they may face a financial sanction or curbs on whom they can field in European ties. Expulsion from the Champions League though, is thought to be extremely unlikely.